Humor Nation Make The World Smile
Home TV Can You Recognize The Voice Of Your Favorite Lucifer Characters?

Welcome back to Humor Nation. Over the course of five seasons, we have witnessed plenty of emotional and heartbreaking moments. We have seen couple of characters dying on the show, but none is as heartbreaking as the tragedy of Dan Espinoza. When the show first started, we found Dan annoying. As he was the ex-husband of Chloe who felt irritated with Lucifer, but slowly we realized that he’s a good person who despite of his hard exterior appearance is gentle at heart. He refused to assist Malcolm in killing Lucifer and came clean to Chloe which ultimately resulted in his demotion.

In the episode ‘Is This Really How It’s Going To End’? Dan tries setting up Ella with his old partner to help Ella move on from Pete, but Ella is reluctant. Chloe tells everyone that she would be retiring soon, Dan is happy for Chloe. Amenadiel comes to Dan and tells him that he wants to be a police officer so they could work together one day. Hearing it all, Dan laughs, Amenadiel takes it wrongly, assumes Dan is not supporting his idea, and leaves. While investigating a case, Dan is shot by a mercenary. A dying Dan is rushed to the hospital where doctors declare him dead. Everyone breaks down and devastated to learn the passing of their beloved friend.

Lucifer and Amenadiel find out that Michael hired mercenaries to find the necklace of strength which is the missing piece of the Flamming sword. At Dan’s funeral, Amanediel learns that Dan actually forwarded his application to the police academy and he always believed in him. We also learn that Dan is not in heaven which means that he is probably in hell. Lucifer is enraged at Michael for orchestrating this entire thing. Later, Lucifer and Maze track down the killers and punish them.

So Take This Quiz And Find Out If You Can Recognize The Voice Of Your Favorite Lucifer Characters?

Can You Recognize The Voice Of Your Favorite Lucifer Characters?

Think you are a crazy passionate fan of Lucifer? Take this quiz to test your knowledge by identifying the characters using their voices! 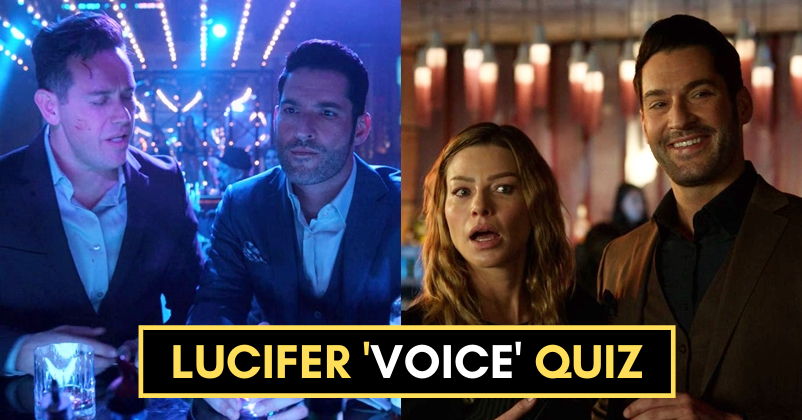 Who responds at the end of the clip?

Can You Recognize The Voice Of Your Favorite Lucifer Characters?
You got {{userScore}} out of {{maxScore}} correct
{{title}}
{{image}}
{{content}}