Welcome back to Humor Nation. Riverdale has featured plenty of relationships throughout the five seasons. While some of the ships such as Archie/Veronica, Archie/Bughead have been widely popular from the comics. But there have been some relationships which were absent from the comics such as Choni. This relationship progressed rather quickly and soon it transformed into a full fledged romance. We first saw Toni Topaz when she interacted with Jughead Jones who was transferred to the Southside High after being forced to leave his old school. Toni quickly became friends with Jughead as both of them share numerous similar traits such as dedicated towards truth and justice in Journalism. After Jughead arrived in Southside High, he decided to resume the publication of Red and Black and supervise it as an editor. He offered Toni a chance to be the photographer. Toni offered her full support to Jughead because he is a Southside Serpent.

Cheryl opened up to Toni and revealed how she was hated and she lost the touch with a girl she once loved. We have never seen the character of Cheryl display such vulnerability, Toni comforted her, and this strengthened their relationship. Although their relationship wasn’t a smooth sailing, full of numerous bumps, but they love each other with full heart. One thing everyone should know about Toni is that she is extremely loyal and passionate, she takes pride in being a Serpent, it’s a family to her. And she always have the back every Serpent member.

An interesting fact that everyone should know is the actress Madelaine Petsch who plays Cheryl and Vanessa Morgan who plays Toni are BFFs in real life. They are also shippers of Choni. Another interesting fact is that both of these characters have been part of numerous groups/factions such as SouthSide Serpents, The Farm, and Pretty Poisons.

So Take This Riverdale Quiz And Find Out Was It Cheryl Blossom Or Toni Topaz!

Riverdale Quiz: Was It Cheryl Blossom Or Toni Topaz?

CHONI is a relationship progressed rather quickly and soon it transformed into a full fledged romance. Take this quiz to test your knowledge of Cheryl Blossom and Toni Topaz. 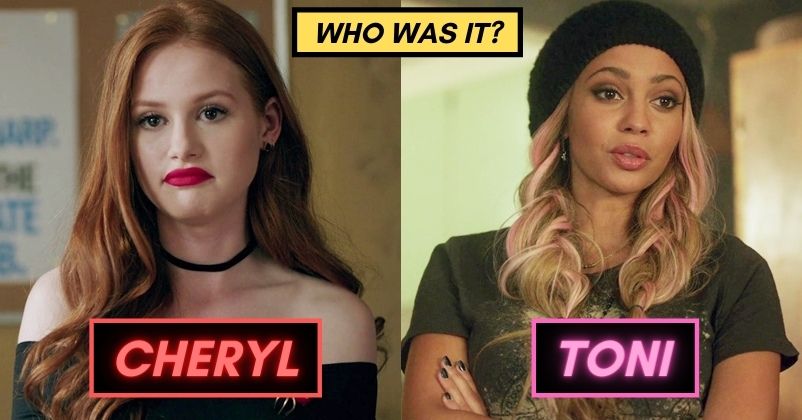 Which Legacies Character Are You? Take Quiz & Find Out

Which Universe Do You Belong In: The Originals Or Teen Wolf?

How Well Do You Know Cain From Lucifer?