Hello Readers! Welcome back to Humor Nation. If you’re a true fan of the show “Riverdale” and you closely follow and observe the show then you’ll have no problem in picking up this quiz. The characters of this show are pretty iconic and popular the lines they say are also quite different which completely go with their reel life character on-screen. This show has been running for four seasons now and in this journey, some pretty popular dialogues were delivered by the actors which are imprinted on the minds of their fans.

15 Behind The Scene Photos From The Show “Riverdale”

As you’re a fan of this show you would already know that this show might be adapted from the Archie comics but the story is nothing like that of the comic. This show is quite dark and in every season the town gets a little more intense as a new problem comes creeping in. And when we speak of the characters, every character is different from one another. Some are quite, some are confident, some are smart, some are introvert, some are spontaneous, some are writers, some like competition, some are outspoken and so on. If you have not watched this show till now then you should definitely watch it as this show gets really interesting in every season.

So with that let’s take this Riverdale quiz and see how much you have observed each and every character on this. So check it right now with this quiz down below and let’s get started.

If you're a true Riverdale fan then take this quiz and match the following quotes with the character who said it. 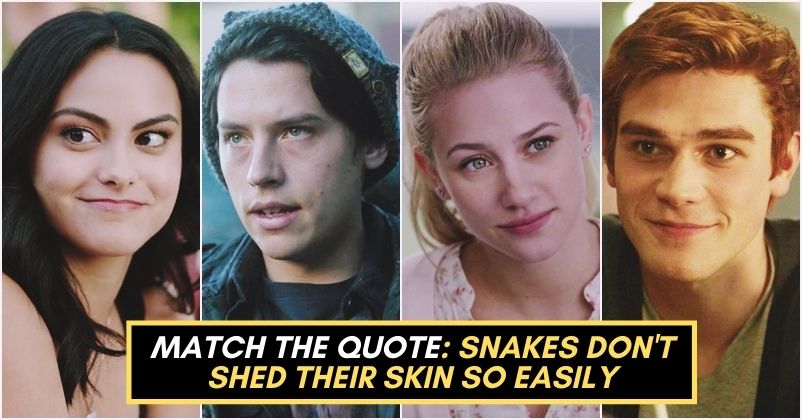