Welcome back to Humor Nation. The show Supernatural started airing on WB Network, but was then moved to the CW Network starting season 2. Eric Kripke spent a significant amount of time writing the story of the show. It went through several revisions, it was originally supposed to a movie, but was then transformed into a show’s format. Even the last name of the protagonists was originally planned to be a ‘Harrison’, but changed to Winchester. The early draft had John Winchester meeting his demise along with Mary, Jessica turning out to be a demon, and the brothers being raised by their relatives. However, it all changed for the best. Sam and Dean Winchester are two brothers who travel across the country in their Impala while battling ghosts, werewolves, demons, and all sorts of Supernatural Beings.

Their fight is a never ending one, but the brothers keep the good fight going. In their long journey, they developed enmity against the powerful beings such as the archangels while also forging meaningful friendships with beings of different species. Although Sam and Dean are the main characters of the show who are at the centerpiece of the Supernatural. The show has featured several different characters who managed to leave a long lasting impression on the psyche of the fans.

5 Supernatural Actors Who Have Appeared In DC & Marvel Universe

Majority of the memorable characters are angels and demons. While angels are the servants of the lord who follow the order of the heaven. Their true form cannot be seen the humans so they possess a vessel to do their job. While you would expect an angel to be all compassionate and helpful, but Supernatural showed us that angels can be indifferent at times. Some of the angels view humanity as inferior beings. This view was first expressed by Lucifer who saw humans as apes with anxiety and refused to serve them on the command of the lord.

Earlier, Kripke didn’t want to showcase any angels on the show, but with the demons taking the stage, it became necessary to introduce the angels to balance the scales. Demons are the souls of the humans who underwent immense torture and suffering which distorted the purity of the soul, making them corrupted. Demons are the children of Lucifer who created them to fight against the heavenly forces. Azazel AKA the Yellow-Eyed demon is the first demon we see on the screen who sets the story of SPN in motion after he feeds his blood to young Sammy and causes the demise of Mary Winchester. Azazel was the loyal servant of Lucifer who was working towards breaking all the seals and freeing his master from the captivity.

But although majority of the demons caused only problems for the boys. There are a few demons who redeemed themselves and joined forces with Winchesters for the greater good, demons such as Crowley and Meg sacrificed themselves to help Sam and Dean Winchester. The show also featured numerous human characters who played a significant role in the Supernatural story. Nick is a human who was convinced by Lucifer to become his vessel. Although Sam was always meant to be the true vessel of the archangel Lucifer, but when he refused, Lucifer used Nick’s body to house him. Missouri Moseley is a psychic who helped John Winchester navigate the world of the Supernatural. It was her who revealed the truth behind the demise of Mary to John which set him on a path that could change the lives of the Winchesters forever.

Can You Identify All The Supernatural Characters?

Think you are a crazy fan of the show Supernatural? Think you know all about the characters? Take this quiz and see if you can identify the SPN characters in the picture. 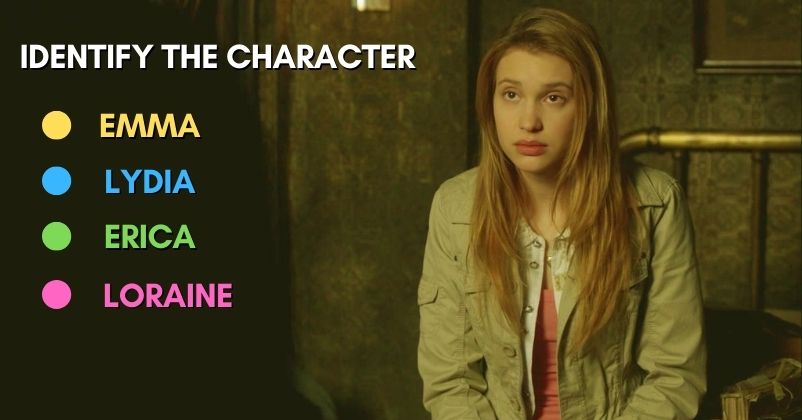