Welcome back to Humor Nation. When Fox canceled Lucifer after its three successful seasons, it was Netflix that came to the rescue of Lucifer. Netflix granted Lucifer a lot of creative freedom, allowing the adulation of the show which impressed the audiences. Season 4 has received an overwhelmingly positive reception from the critics and the fans. Season 3 ended with a cliffhanger where the real form of the devil is revealed to the detective Chloe Decker. Now since Chloe knows the truth about Lucifer, she starts questioning if Lucifer truly is a good man or is he pure evil.

How Well Do You Know About The Deckerstar From Lucifer?

Still trying to recover from Charlotte’s death, detective Dan falls into depression. Also, the relationship between Linda, Amenadiel, and Maze is going to change forever. Add to the chaos, Lucifer’s old flame Eve has returned to the earth. Today we have brought you an interesting quiz that will test your Lucifer knowledge. The show has some amazing characters and very memorable dialogues and quotes.

Lucifer will return in the spring or summer of 2020. As it’s the final season, Netflix could delay the release to further build the anticipation. There is no confirmed release date yet. In February 2020, it was reported by the Deadline that Netflix was in talks with the producer of Lucifer, Warner Bros TV about continuing the supernatural police procedural drama for a sixth reason. TV Line reports that the show’s co-runners Joe Henderson and Ildy Modrovich have signed new deals with Netflix for a sixth season. This new deal has paved the way for the official Lucifer season 6 renewal at Netflix. The only obstacle that remains now is that the show’s lead Tom Ellis has not signed a new deal to return. However, the negotiations are going on.

So Take This Lucifer Quiz And Find Out If You Can Answer ‘WHO SAID IT’?

Take This Lucifer Quiz And Answer Who Said This Quote?

Test your Lucifan knowledge by taking this super hard quiz, or have you forgotten? 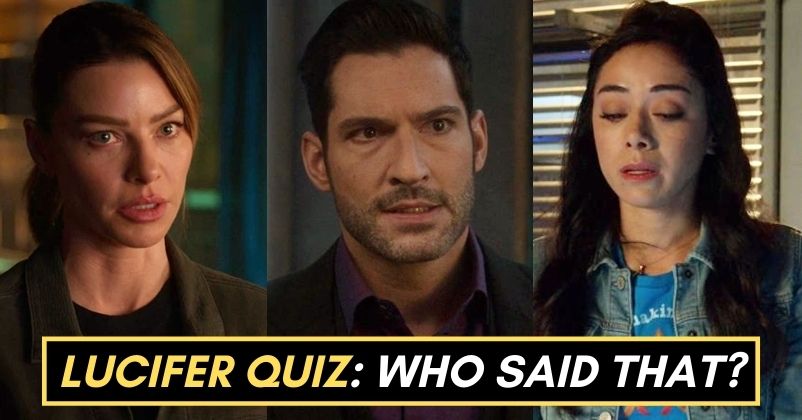