Humor Nation Make The World Smile
Home TV Take This Quiz And Find Out If You Are A Stilinski Or...

Hello Readers! Welcome back to Humor Nation. Stiles Stilinski is one of the most interesting Teen Wolf characters. He is the best friend of Scott McCall. The story of Teen Wolf starts when Stiles tells Scott about a body that the cops found in the woods. Curious to find the remaining part of the body, he insisted that they go to the wood and investigate. In the woods, Scott is attacked by a creature which turns out to be the Alpha Peter Hale. Throughout the show, we have seen Stiles having romantic feelings for numerous characters. Lydia Martin was his crush for as long as he could remember. Later on, when him and Scott helped Malia Tate adjust to her new life and get a control of her abilities, he grew closer to her who would then become his girlfriend.

6 Interesting Things About Freya Mikaelson That Fans Might Not Know

Stiles Stilinski shares a close friendship with Scott. Their relationship has been the highlight of the show. They both have supported each other in all sorts of adversities. When Scott gets bitten by Peter and became a werewolf, it was Stiles who helped him in controlling his transformation and the newly acquired abilities. He helped Scott in preserving his humanity and not giving into his supernatural nature. With the arrival of Allison Argent, it became the McCall Pack who would then protect Beacon Hills from all sorts of supernatural dangers and had each other’s back.

While Scott was the muscle of the gang due to his super strength, Stiles served as the brains of the gang. He would devise strategies to tackle different kinds of threats such as the Kanima, Alpha Pack, and Peter Hale. Later on, McCall Pack would grow big with the arrival of Derek, Lydia, and Isaac. Stiles comforted and supported Scott when he suffered the wolfsbane poisoning, assuring him that existence is worthwhile.

In Season 3, when Stiles became a victim of the Nogitsune who possessed him. Everyone had given up the hope to save Stiles, but Scott was adamant to save his best friend. He found a way to free him of the possession of Nogitsune without physically killing Stiles. In Season 6, when Stiles was erased from the existence due to the influence of the Ghost Riders, Scott managed to restore his existence.

So Take This Teen Wolf Quiz And Find Out If You Are A Stilinski Or Not?

Teen Wolf Quiz: Are You A Stilinski?

He is intelligent and adorably cute. Good at solving mysteries and always a loyal friend to the end. Only a few could be like Stiles, are you one? 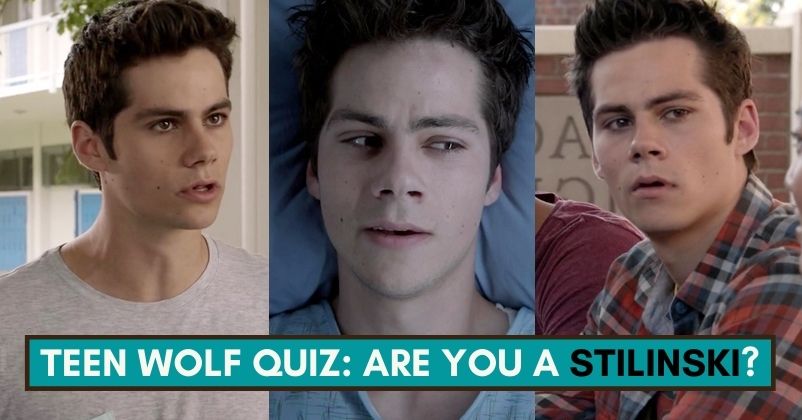