Hello Readers! Welcome back to Humor Nation. A werewolf is a special supernatural creature which possesses numerous strengths and weaknesses. Werewolves have been featured in numerous famous TV shows and their depictions have varied from show to show. In some, they have shown to be pretty powerful while in others they are considerably weak. The lores and legends of this species also varies. For example, in Vampire Diaries the werewolves have to wear the moonlight ring in order to control their transformation whereas no such accessory has been introduced in the Teen Wolf. The werewolves in Teen Wolf are also pretty superior to the ones in the Vampire Diaries.

The strength of a werewolf also depends on its rank. An Alpha werewolf is pretty stronger than a Beta or Omega wolf. While all the werewolves possess supernatural strength which allows them to break free of any bondage, they can easily overpower any human being, can toss them aside. We have also seen them doing amazing feats of strength such as flipping the vehicles or bending an iron bar with their hands. A werewolf can run faster than a running vehicle. They can run quickly in both their human and beast form. They also possess an enhanced level of agility which allows them to dodge the attacks of their enemies. They can even defend themselves from speeding bullets which are shot in their direction.

Werewolves also possess a strong sense of smell allowing them to track any sort of scent, they can hear up to a long distance, and they can see even when it’s completely dark. A werewolf can also heal himself at a rapid pace. They can heal minor to moderate injuries within seconds. And they can also easily recover from broken bones and bullet wounds.

While they have different sorts of strengths, they also possess plenty of weaknesses. Most notably, they are vulnerable to the herb Wolfsbane which is toxic to their physiology, it could even kill a werewolf. This is why the hunters employ this herb in their bullet coating. While a full moon gifts them with super strength, speed, and durability, but it also agitates them. It could make them go rabid and feral. They become uncontrollable. Werewolves have been featured in other shows too such as the Vampire Diaries, Originals, and lot more.

So Take This Teen Wolf And Found If You Are A Real Werewolf Or Not?

Are You A Real Werewolf?

So you are crazy about Teen Wolf? You think you would fare well if you were in the TW Universe. This is your chance to prove that if given a chance to be a werewolf you could be one. 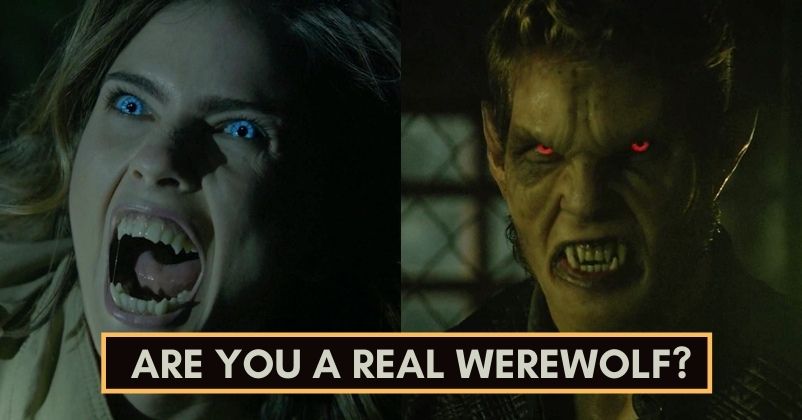