Hello Readers! Welcome back to Humor Nation. Teen Wolf is a teen supernatural show which aired for 6 seasons. This show was loved by the viewers and they still love to binge-watch this show. The story revolves around a teen boy named Scott McCall who gets bitten by a werewolf one night and thereby it changes his life forever. Stiles his best friend helps him uncover the truth and helps him till the end.

All the characters in this show are very different like Scott has a complicated life ever since he got bitten and tries to find his true self. While Stiles is more like a sarcastic character and has a talent for solving mysteries or you can call him the town’s detective. Allison is a sweet lovely girl who gets all tangled up as soon as she finds out the secret her family has been hiding from her. Derek is also an important character and an older werewolf and later becomes a good ally of Scott’s.

Lydia is also a popular girl in the town and is a genius girl and she also later finds out her supernatural abilities like the others. All the lives in Beacon Hills are entangled with one another and till the very end, you may see them together. They have fought all odds till the end and saved their lives as well as others too. They have proved that not all monsters are actually monsters.

With that let’s move forward and take this quiz down below and see how well we know the characters from “Teen Wolf”. So let’s get started!

Guess Which Character Said These Lines On “Teen Wolf”?

If you're a true fan of Teen Wolf then you must take this quiz and see how well you know every character. 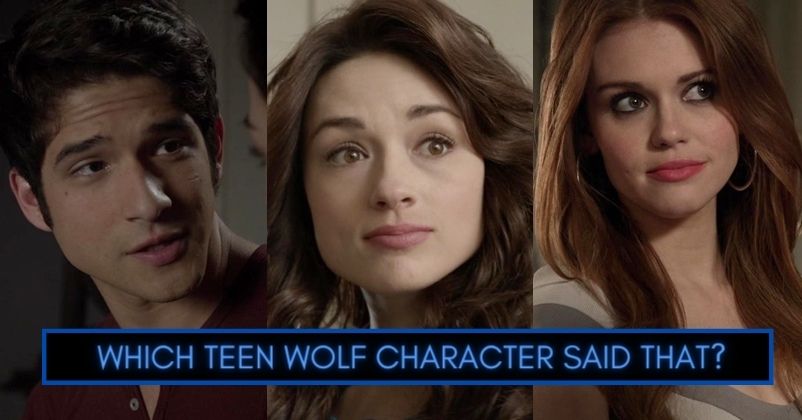 The Originals Quiz: Guess Who Said That?

How Well Do You Remember Lucifer Season 4?