Welcome back to Humor Nation. In TVD, we became familiar with the Original Vampires. Who are extremely powerful and are the first of their bloodlines. They are oldest vampires and are the progenitor of their respective specific bloodlines. Compared to the normal vampires, they are far more powerful, stronger, faster, and possess less weaknesses. The original vampires were created using the immortality spell which was modified by Esther Mikaelson. However, in the TVD universe the spell that created the Originals have been modified twice which resulted in the creation of the Enhanced and the Upgraded Original Vampires.

How Well Do You Remember The Crossovers Between TVD & The Originals?

Lucien Castle became the first Upgraded Original Vampire by reverse engineering the Immortality spell which was used by Esther. For this purpose, the spell was cast on the Hallowed Ground (Mystic Falls) where the Originals were created. The ingredients included Freya’s blood, a piece of White Oak, and the werewolf venom extracted from the seven original werewolf bloodlines which was then engineered. This created a serum which when consumed by Lucien transformed him into the first Upgraded Original Vampire.

In the TVD universe the spell that created the Originals have been modified twice which resulted in the creation of the Enhanced and the Upgraded Original Vampires. Take this quiz to test your knowledge of these different species of Vampires. 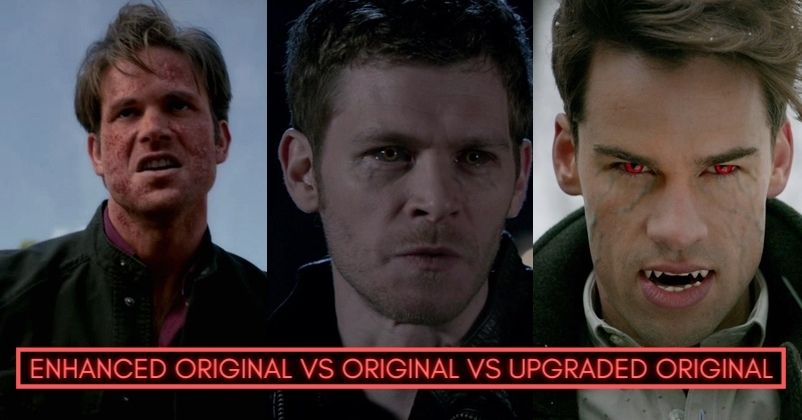