Welcome back to Humor Nation. The Universe of TVD is full of witches, werewolves, and vampires. While TVD’s success gave birth to it’s spin-off, ‘The Originals’. There is no denying that Originals became more successful and received far better critical acclaim than TVD. The Originals centers around Mikaelsons, the Originals Vampires who are the most powerful vampires in existence, they are immortal beings and can only be killed using a white Oak Stake. When you have such powerful protagonists, it becomes really challenging to come up with the villains who are genuinely challenge and pose a serious threat to our heroes. Luckily, the Originals did manage to give us some villains who at times proved to be too much for the Originals.

Perhaps the most dangerous villain on the Originals was Hollow, the powerful witch who was born from the bloodline of Hayley. She was the one who gave birth to the werewolf curse. Inadu grew so powerful that they sacrificed her, but her spirit grew even more stronger. She returned to New Orleans where she possessed Eva Sinclair and later she came for Hope.

Another dangerous Villain on the Originals was the Trinity, three vampires who were sired to Klaus, Elijah, and Rebekah returned and caused plenty of chaos in New Orleans. It was because of the abandonment at the hands of Klaus, Elijah, and Rebekah, they returned to seek revenge against their sires. If Hollow was the most dangerous villain, the second most powerful villain on the show was Dahlia who returned to claim what was once promised to her, the first born in the Mikaelson family. Dahlia kept Freya as a prisoner for centuries and now she wanted to claim Hope.

So Take This Originals Quiz And Answer Who Turned Who?

Check Your 'The Originals' Knowledge And Answer The Name Of The Vampire! 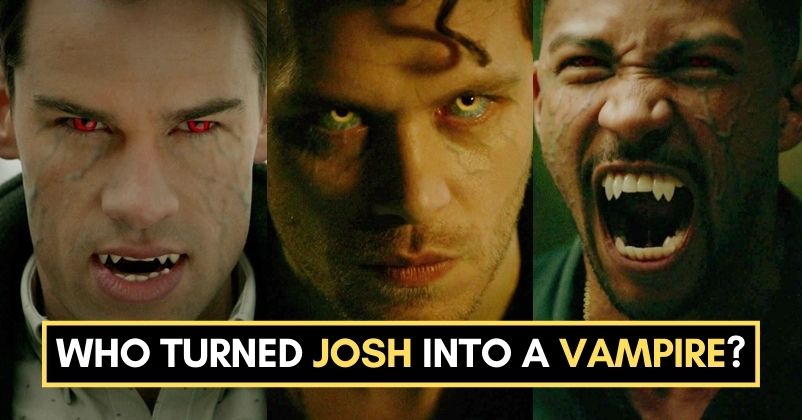