Home Quiz The Vampire Diaries Killer Quiz – Who Killed Who?

Welcome to Humor Nation. The Vampire Diaries has featured many killers and murderers who would go to any extent to attain their goals. Witches like Kai, a dangerous and sociopathic killer who was the antagonist in season 6. He murdered four of his siblings before he was imprisoned by his father. But once he got out of the prison world, his terror reign became unstoppable. He cursed Elena with the Sleeping Beauty spell, tortured Bonnie, but the worst act he did was killing the pregnant wife of Alaric.

There are even more ruthless characters such as Katherine who hold no regard for human life and uses them as a means to her end. You can use anyone for her own personal gain. Notable examples being Damon and Stefan Salvatore who were turned into vampires by her. Even though she committed all such awful crimes, it was all in the name of Self-preservation. Katherine Pierce always excelled in the art of surviving.

Then we have the original hybrid who not only killed people but did some scary things like killing Tyler’s mom, turning him into a hybrid slave. It’s a great thing that with his own spinoff show, he became less scary and became much likable. Then we have Rebekah who only wanted to be loved, but in her search for love, she did some inexcusable things such as causing Elena to become a vampire. So did you manage to answer all the questions correctly on this TVD Killer quiz? Also, we would like to know who’s your favorite killer from TVD and why so?

So Take The Vampire Diaries Killer Quiz And Answer Who Killed Who?

The Vampire Diaries Killer Quiz – WHO KILLED WHO?

Check Your TVD Knowledge And Answer The Name Of The Killer! 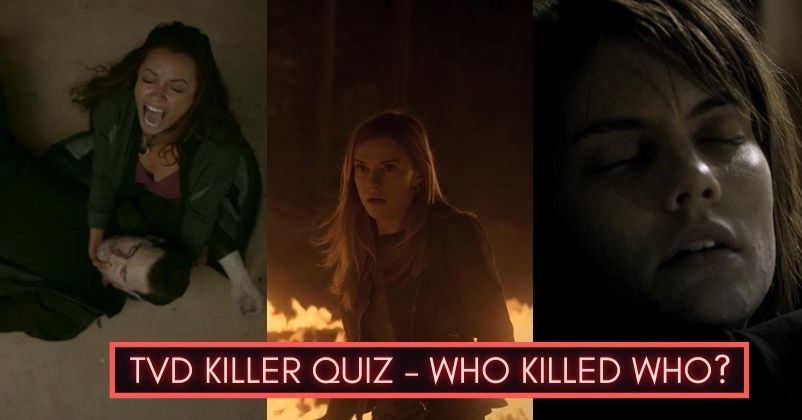 How Well Do You Know The Girls From TVD?

How Well Do You Know Malia Tate From Teen Wolf?

6 Most Controversial Things About Supernatural