Hello Readers! Welcome back to Humor Nation. Katherine Pierce can’t be forgotten that easily as she was one of the biggest villains of the show who won’t stop causing troubles for everyone. She had a hard life but her will to survive was way too strong and this will kept her alive for more than 500 years. Katherine Pierce was disowned by her own family when she gave birth to her daughter out of wedlock. She belonged to a Bulgarian family and was quite wealthy and was forced to give up her daughter for adoption.

Katherine then left her house and adapted the English culture. She then met Klaus and Elijah and was really attracted by their charm, but when she got to know that she will be used by Klaus as a sacrifice, she ran away with the moonstone and tricked a vampire into feeding her and then she ended herself to stay alive and away from Klaus.

She kept running away from Klaus for 500 years and then ended up in Mystic Falls all over again. We got to know about Katherine in the first season as Stefan and Damon’s ex-girlfriend. Stefan moved on from her but Damon was still in love with her, but when he got to know who she was, he started hating her. Both the brothers despised her as she caused nothing but trouble for them and Elena.

She was the one who turned both Damon and Stefan in the first place. She even lured Klaus and Elijah back into Mystic Falls which created a lot of trouble for everyone as now he wanted Elena for his sacrifice. Katherine only wanted one thing and that was to survive in every condition. She used everyone as her bait in the show and even when she was about to die, she found a way to live. It seemed like ending her was impossible. But no matter what, we surely learned that if you have faith in yourself, then you can survive in any condition.

So with that let’s take this quiz on Katherine Pierce and see how well we know her. So let’s get started!

The Vampire Diaries Quiz: How Well Do You Know Katherine Pierce?

Take this Vampire Diaries quiz on the biggest villain of the show Katherine Pierce and see how well you remember her. 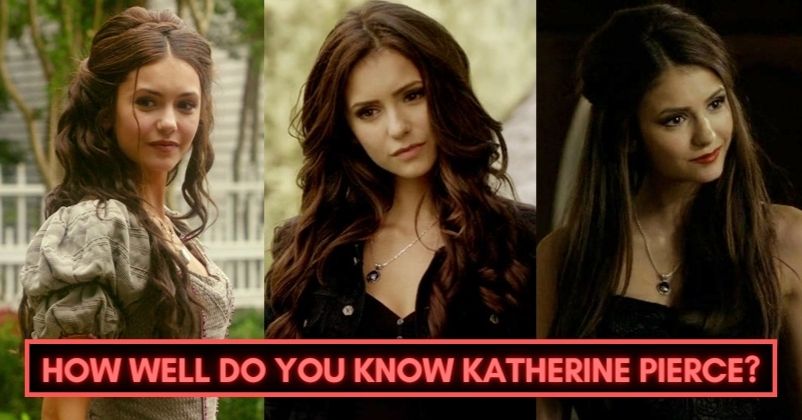