Humor Nation Make The World Smile
Home TV The Vampire Diaries Quiz: Who Did It?

There are numerous TVD episodes which just shocked us to the core and made us say WTF. The penultimate episode of Season 2 saw Klaus finally breaking up the Hybrid curse, however numerous casualties happened in the process. One such casualty was Jenna Sommers who was kidnapped by Klaus who forced her to become a vampire and then sacrificed her in the ritual in front of Elena. Jenna was an amazing character who surely deserved a better fate. She was an important part of Elena’s life. We all believed that our heroes would find a way to save her, but her death was truly shocking.

The Season 1 finale of the Vampire Diaries titled ‘Founder’s Day’ saw the arrival of Katherine Pierce who only caused Chaos. She would smother Caroline with a pillow while knowing that Caroline had Damon’s blood in her system which turned her into a vampire. Katherine transformed Caroline as a part of her grand scheme. He planned to hand over Caroline who could use her in the sacrifice to lift up the hybrid curse. However, he would later choose Jenna for the vampire sacrifice. While Caroline would struggle with vampirism at first, but Stefan helped her in getting used to this new life. She grew into a pretty good vampire. However, her mom’s death proved to be the most heartbreaking moment for her. She would shut down her humanity to deal with the loss. Caroline even snapped the neck of Elena.

Numerous characters have died throughout the eight seasons of the show. But some deaths were predictable, but there were some unexpected and surprising ones which shocked the viewers. The deaths of Lexi, Elena, Alaric, Jo, Jenna, are some of the shocking moments on the show.

The Vampire Diaries Quiz: Who Did It?

These are some events that happened in The Vampire Diaries. Do you know who did it? 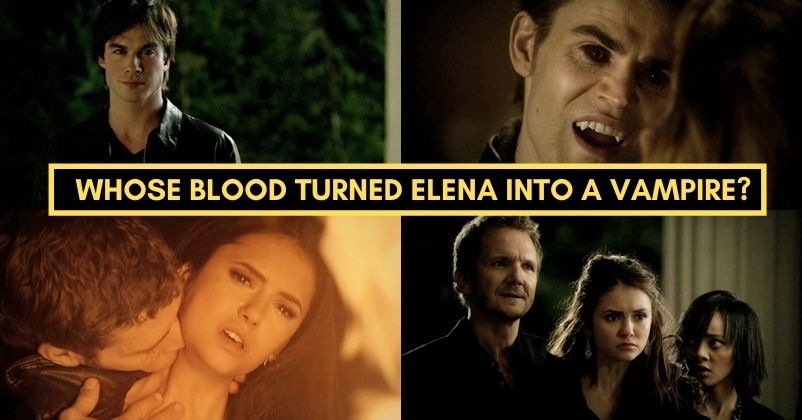