Home TV How Well Do You Remember Season 7 Of The Vampire Diaries?

Welcome back to Humor Nation. TVD Season 7 was the first season which didn’t feature the lead actress Nina Dobrev as Elena Gilbert. While this was an opportunity for the writers to explore the different possibilities, go into different directions. No doubt the Season 7 of Vampire Diaries had some strong moments, new changes, but there were plenty of weak moments too.

QUIZ: How Well Do You Know ‘The Mikaelsons’?

No doubt Nina’s absence from the show had an impact on the show. The creators struggled to make the show work without their lead actress. Many fans enjoyed this particular season due to the story being focused on different characters and not just Elena, but there were many who missed Elena and felt the particular season was a poor installment. One of the best things about Season 7 of TVD was Rayna Cruz. Introduced as an immortal vampire hunter who would stop at nothing in her quest to hunt the vampires. She hunted Stefan all across the country, but her character remained Sympathetic.

One of the best parts about Season 7 is we got to see more of Stefan and Damon dynamics. Without Elena Gilbert being out of the picture, the story-line was focused more on the complex and conflicting relationship between the Salvatore brothers. Perhaps the worst part of Season 7 was the Heretics who proved to be really disappointing. They appeared to be a cheap copy of the Original family with their British accent. Also, we would like to know what’s your favorite moment from Season 7 of TVD?

So Take This Quiz And Find Out How Well Do You Remember Season 7 Of The Vampire Diaries?

How Well Do You Remember Season 7 Of The Vampire Diaries?

Think you are a big fan of The Vampire Diaries? Think you know everything about the characters? Remember all the seasons? Take this quiz about Season 7 of TVD. 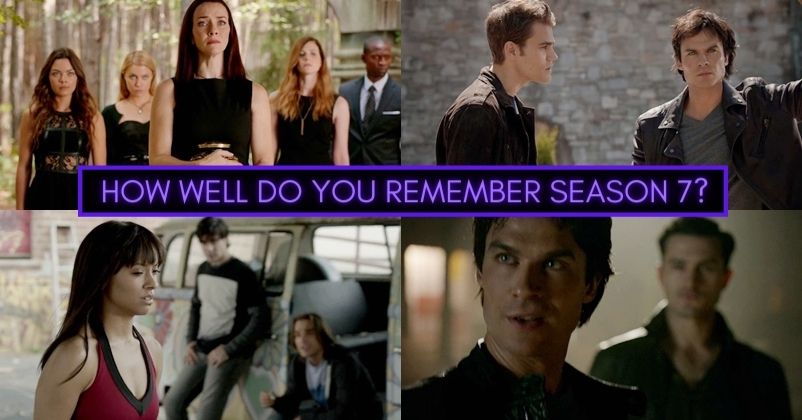 Take This Quiz And Find Out Who Is Your True Soulmate...

5 Interesting Things About TVD ‘STELENA’ That Fans Might Not Know

Find Out Who Is Your TEEN WOLF Soul Mate!