Hello Readers! Welcome back to Humor Nation. Even though in the world of Vampire Diaries death isn’t permanent, but that doesn’t mean it doesn’t hurt when our favorite character dies on the show. Some of the TVD deaths had us breaking down, filled our eyes with tears. During the eight seasons of the show, almost all of our favorite lead characters have died on the show. Even though most of them were not permanent as they found a way to come back because it’s the world of supernatural where you are allowed to bend the rules and get away with things that you can’t in the normal world.

Speaking of a fan favorite character dying, perhaps the most worst death was that of Lexi Branson. We first see her in the episode titled ‘162 Candles’ where she is introduced to the viewers as the best friend of Stefan Salvatore who shows up for his birthday celebration. One of the worst things ever done by Damon Salvatore was to Stake the innocent Lexi who did no harm to him. He did it for his own person selfish interest. The bond between Stefan and Lexi was really touching.

Another death which hit the viewers really hard was that of Elizabeth Forbes, mother of Caroline Forbes. She remained a human throughout the show. She was a caring and loving mother. Her friendship with Damon was also pretty sweet. She passed away due to cancer in season six of the show.

So Take This Quiz And Guess The TVD Episode In Which These Characters Died!

Guess The TVD Episode In Which These Characters Died!

These are some important events and deaths that have happened in The Vampire Diaries. Do you know what episode they happened in? 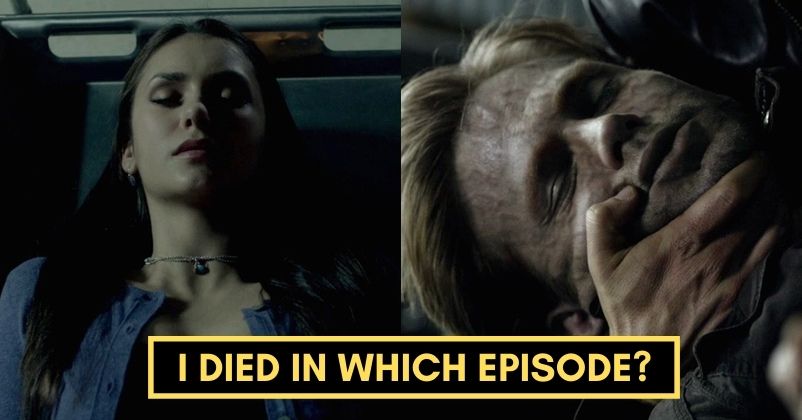