Home TV TVD Quiz: Who Is It? VAMPIRE Vs WITCH Vs WEREWOLF!

Welcome back to Humor Nation. The three main species in the TVD Universe are witches, werewolves, and vampires. Witches are the preservers of the balance of the nature, their main goal is to honor the nature, share a spiritual relationship with the earth. They perform rituals, ceremonies to honor the nature. However, not all witches abide by this belief system. The witches are perhaps the most ancient species in the TVD Universe. They have existed for centuries, passed down their knowledge to their next generations. Witches practice magic using witchcraft. Every witch has a magic potential, in the beginning they are ‘untapped’ meaning they have not realized their power. Once they awaken their power, they can practice different sorts of activities such as communicating with spirits, astrology. There are various forms of magic such as Voodoo, Ancestral Magic, Dark Magic, Expression, Necromancy, Kemiya, Sacrificial, Spirit, Traditional, and many others.

Throughout the Vampire Diaries, Originals, we have been introduced to a variety of witches. However, only four witches have been explicitly stated to be the most powerful witches in the TVD History. They are Esther Mikaelson, Dahlia, Qetsiyah, and The Hollow. However, there is no ranking order as to which witch is superior to which. The producer of the TVD & Originals has ranked Hope Mikaelson as the most powerful witch in the world. Qetsiyah is the first well known witch in the TVD Universe who is responsible for creating the first Immortality spell that turned Silas and Amara into immortals. She also cured that would undo any form of vampirism and can turn an immortal being into a moral. She has also created the dimension of the Other Side and the Anchor.

The witches are also responsible for the creation of the vampires and the werewolves. In 500 AD, the death of the witch named Inadu resulted in a curse that transformed her tribe members into the werewolves and also gave birth to a werewolf gene in their descendants who would become a werewolf when they take a human life. Werewolves and witches have teamed up several times to fight vampires.

All the vampires are born as a result of the dark magic that gave birth to the Original Vampires. The Originals were created When Esther used the modified immortality spell on her children to protect them. However, it turned them into savage beasts who require blood to survive and have animalistic impulses. Since then, Vampires and Witches have shared an antagonistic relationship. As vampires pose a threat to the natural design. But there have been witches who have befriended the vampires such as Bonnie, Davina, Freya.

Majority of the TVD storylines involved the witches, the werewolves, and the vampires. The witches are responsible for the birth of the werewolves and vampires. Take this quiz to test your knowledge of these three species. 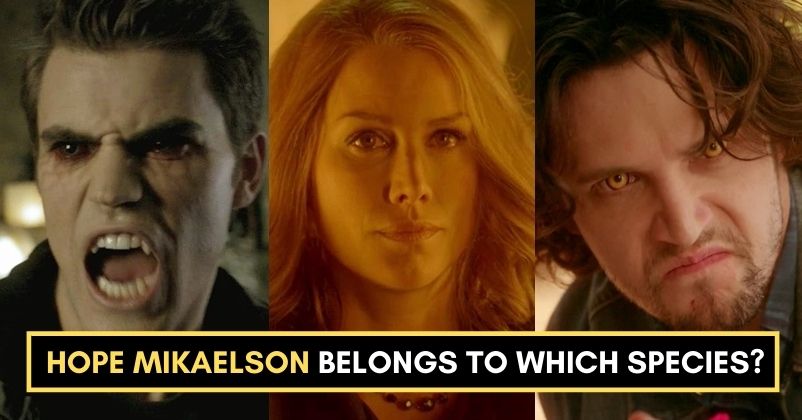 6 Amazing Easter Eggs & References In Supernatural That You Might...

6 Interesting Facts About The Making Of Vampire Diaries That Fans...