Welcome back to Humor Nation. Not everything works alright in Mystic Falls especially the romances. In TVD Universe, we have seen that the romance didn’t work out the way we wanted for the characters, but fate had different plans for them. There were many relationships which blossomed, but there were many which downright failed. Things get complicated when a relationship is between a human and a supernatural being.

You have charming brothers who are actually hundred-year old vampire, you have lost loves returning after centuries, you can now imagine how hard it is to have a normal relationship in TVD Universe where chances of losing your partner is much more than you winning the lottery. But not every relationship failed, there are many which stood the test of time and faced all the adversities to make the miracle happen. Take for example, Delena, it was the destiny which brought Stefan and Elena together. Everyone thought the endgame was Stelena, but Damon and Elena defied all the odds to end up together. The big bad boy transformed into a caring human and the once broken girl became a confident woman.

Out of all the female characters on TVD, Bonnie had the least amount of romance and love life over the course of eight seasons. Bonnie spent most of her time learning magic, saving all her friends from grave dangers. Her first attempt at a relationship came in the form of Jeremy, her best friend’s younger brother. However, their relationship ended when Bonnie was perished on the Other side. But when Bonnie returned, Jeremy focused more on being a hunter rather than making out with Bonnie.

So Take This TVD Relationship Quiz And Answer Which TVD character Left Which Character!

Things get complicated when a relationship is between a human and a supernatural being. In TVD Universe, we have seen that the romance didn't work out the way we wanted for the characters. Take this quiz to test your knowledge of break-ups in TVD! 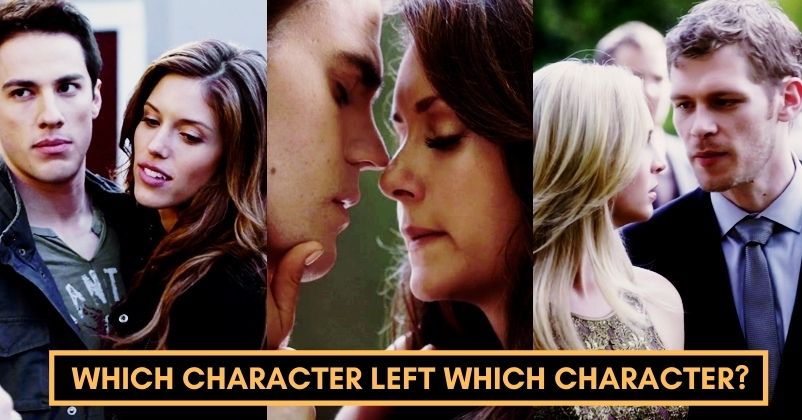