Welcome back to Humor Nation. When you live in an universe inhabited by Vampires, Werewolves, Witches, and all sorts of Supernatural threats, there’s a danger at every step, and every breath is not promised to everyone. This is the reason why even the most powerful and invincible characters have tasted death too. While, we know now, don’t we? Death isn’t permanent in the Vampire Diaries Universe, at least in case of Matt Donovan! But that doesn’t mean that the pain and trauma of witnessing your favorite character dying isn’t real. There are numerous reasons why a character is written off, sometimes their story arc is completed and there’s nothing else to add to their amazing story, sometimes it’s the actor who’s leaving the show and there is no possibility of them returning causes the creators to write them off permanently.

Vampire Diaries Universe Quiz: WHY DID THEY DO IT?

There’s an exception, characters such as Alaric Saltzman, Matt Donovan, and Caroline Forbes have managed to appear in all three shows after experiencing death and proving to be the ultimate survivor. If there’s one character who has cheated death more than anyone else, it’s the mother Mikaelson. Esther is the grand architect of almost everything. She is the one who turned her children into Vampires and gave birth to a new species. When she made her debut on the Vampire Diaries after spending almost a 1000 years on the Other Side. She vowed to cure her children and get the world free of vampires. She was ultimately killed by Alaric, but she found her way back to the living when her children consecrated her remains in the land of New Orleans, linking her to the Ancestors.

Davina is another character who have had several experiences of dying. Her character had so much potential, but it was wasted. She never got her own storyline, her story only involved dealing with the Mikaelsons. The fans have still not forgiven for the death of Hayley Marshall in Season 5. Her death made no sense and it was poor writing at its best. Considering the kind of enemies that Hayley Mikaelson has fought and survived, her character came a long way, and became stronger with each challenge. Her abrupt death felt unnecessary and robbed her character of a happy ending with Elijah and their family.

So Take This Vampire Diaries Universe Quiz And Answer How Did These Characters Die?

Vampire Diaries Universe Quiz: HOW DID I DIE?

Many of our beloved characters have died in Vampire Diaries and In Originals. While some managed to return from the death, some didn't. Take this quiz to test your knowledge of their deaths.

Also, the questions would be regarding their final deaths. 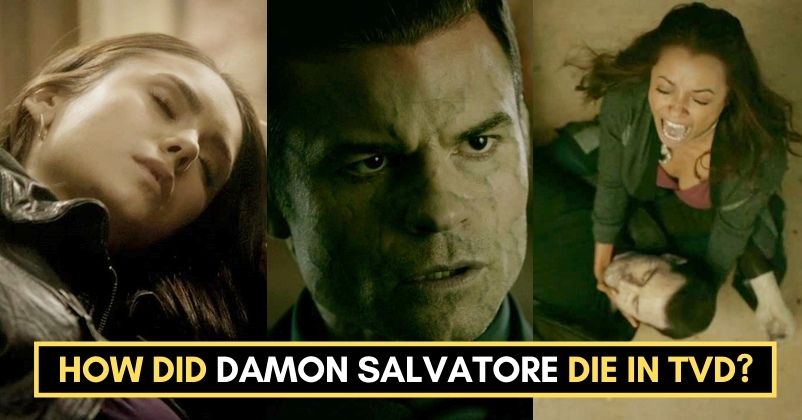