Humor Nation Make The World Smile
Home TV Was It Freya Or Bonnie? Only A True TVD Fan Can Answer

Welcome back to Humor Nation. Bonnie Bennett was able to create a pocket dimension with such ease. She also managed to break the unbreakable spell and save Elena. Bonnie with the twins created a new Prison World, a feat that required the entire Gemini Coven to do. She also managed to stalemate Cade, the ruler of hell.

How Well Do You Know Kolvina From ‘The Originals’?

While Freya might have been more knowledgeable, but one thing that should be noted that she has to channel someone for almost every spell that she casts. Remember when she had to channel Hayley’s power to break Vincent’s boundary spell to rescue Klaus. She channeled Klaus and Elijah to save Rebekah. And again she channeled Hollow’s death in order to resurrect her brother Elijah. Whereas we have seen Bonnie Bennett manage to resurrect several people through her own power.

A lot of folks believe that Freya Mikaelson was indeed powerful than Bonnie Bennett, but to a certain point. After the death of Dahlia, she lost an immense strength. Also, not to forget, Freya was mentored by Dahlia who was one of the greatest witches. After the Dahlia link was broken, we could see even the normal and younger witches getting the best of Freya. Whereas Bonnie didn’t had a teacher, she sharpened her natural talent through hard work and practice. Bonnie has performed a variety of magic such as the Traditional Magic when she was able to save Damon and Stefan from the fire. She performed the dark magic when she switched the soul of Klaus. Also, she used the Expression magic when she was able to dessicate Silas who is the first immortal being.

An argument that is often brought up is that Ancestral Magic is far superior than the Spirit Magic. This means despite how powerful Bonnie is, her defense kind of magic might not be as dangerous as the magic practiced by the New Orleans’ witches such as Davina, Freya, or Vincent. Even though we have seen the ferocity of Bonnie through her telekinesis, pain infliction, and pyrokenisis, but still it is nothing compared to the New Orleans’ witches. Freya was able to undo the Upgraded Original Spell of Lucien when she tapped into the power of the Ancestors. Vincent and Davina have been able to best the Originals on several occasions.

So Take This Quiz And Find Out If It Was Freya Or Bonnie? Only A True TVD Fan Can Answer

Was It Freya Or Bonnie? Only A True TVD Fan Can Answer!

Freya Mikaelson and Bonnie Bennett are two of the most powerful and strongest witches in the TVD Universe, but how well do you know them? 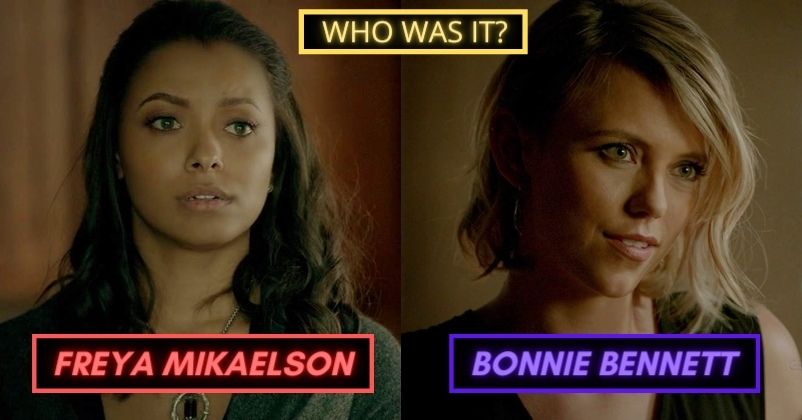