Humor Nation Make The World Smile
Home TV Was It Legacies Or The Originals? Only A True Fan Can Answer!

Welcome back to Humor Nation. The two spin offs of TVD have proven to be extremely successful. While many fans believe that Originals managed to surpass TVD due to its well-developed mature storylines and complicated yet relatable characters. Then came the Legacies which targeted the young audiences as its more comical than serious. Legacies has been renewed for a fourth season. It would be interesting to see how long the show will last.

There are numerous connections between the Originals and the Legacies. The main protagonist Hope Mikaelson of the Legacies is the daughter of the Original Hybrid Klaus and the werewolf Hayley. She is the first tribrid in the TVD Universe. She first appeared in the Originals, in the final season of the Originals, Hope witnessed tremendous heartbreaks when her mother Hayley died in order to protect her. Then her father Klaus would also sacrifice himself to save her from the Hollow. So by the time Originals ended, she became an Orphan. Even though she has uncles and aunts by her side, but she is living alone at the Salvatore Boarding School where she is mastering her magical powers.

Another Legacies character Landon also made his debut in the final season of the Originals. He worked as a waiter at the Mystic Grill and greeted Hope and Elijah when they arrived at Mystic Grill. He also danced with Hope. The Salvatore Family House would be transformed into the Salvatore Boarding House for the special children. After the death of Stefan Salvatore, his wife Caroline along with Alaric turned the house into a school for the young gifted children. Hope would also get enrolled at this school in the final Season of Originals.

If you have not seen Vampire Diaries then you will find it a bit hard to follow the spin-off because it requires the prior knowledge of the Mikaelsons and other supernatural beings. However, Legacies presents the viewers with a new perspective and they can easily get hooked on the show even if they had not seen TVD or Originals before. Legacies focused on new story-arcs, it doesn’t recycle the same supernatural themes and elements of its predecessors. The show also focuses more on friendships and adventures rather than the same romantic or family drama that we have witnessed in TVD and Originals.

So Take This Quiz And Answer Whether It Was Legacies Or The Originals!

Think you are a crazy passionate fan of Legacies & Originals? Take this quiz to test your knowledge of both of these shows. 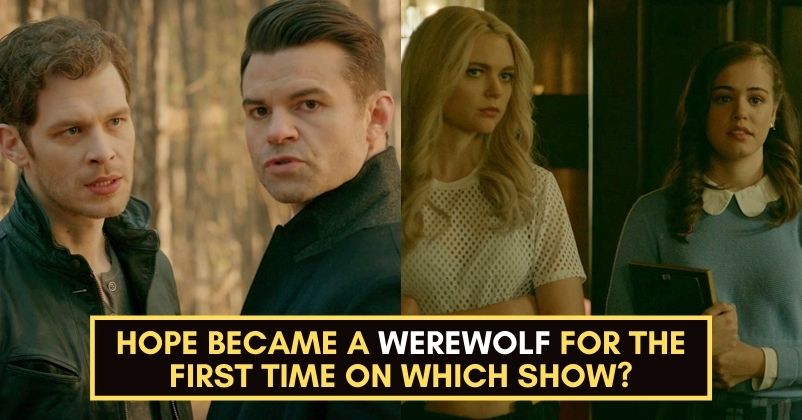