Welcome back to Humor Nation. Throughout the six seasons of Lucifer, we have witnessed several villains and bad guys who stood against Lucifer. While some of them weren’t really a threat and were easily bested by the devil, some proved to be too much for the devil, and caused plenty of chaos in his life. Marcus Pierce AKA Cain is one such character. The world’s first killer was extremely intelligent, he calculated every Lucifer action in advance and beat the devil in his own game. Lucifer was tricked into hunting the decoy Sinnerman. Not just that, Pierce also managed to win Chloe Decker who was almost ready to marry him. However, after finding out the true identity of Pierce, she realized her mistake. Despite Pierce dying, he managed to shake up Lucifer’s life in big way. Numerous events that happened afterwards were a result of Marcus Pierce’s actions.

Season 4 was a fresh new start for the show as Netflix provided them a new platform to tell their story with an extensive budget. This season introduced a few new characters. One of them was Father Kinley who was a mere human, but proved to be a dangerous villain. Father Kinley easily managed to manipulate Chloe Decker who was in a vulnerable state after discovering Lucifer’s true identity. He almost convinced her to kill Lucifer for the greater. She had almost done the deed, but the goodness she saw in Lucifer forced her to change her mind.

It was again Father Kinley whose death resulted in the arrival of Dromos who along with other demons caused plenty of chaos. They kidnapped the baby Charlie and planned to make him the new king of Hell. Luckily, Lucifer and gang managed to defeat the army of demons and send them back to hell. However, Lucifer was forced to return to hell to stop any other demon from walking the earth.

The main villain of Season 5 was Lucifer’s twin brother Michael who was jealous of Lucifer’s redemption and wanted to ruin his life. Michael is the king of lies, his special power allows him to tap into the fears of others and plant a doubt. He almost fooled Chloe, but the detective saw through his lies. It was due to Michael the celestial war happened that decided the rightful owner of the throne of heaven.

So Take This Quiz And Find Out Which Lucifer Villain Said This Quote?

Which Lucifer Villain Said This Quote?

This quiz is something to challenge you to remember some of the best lines said on the show by the villains. How well do you remember them? 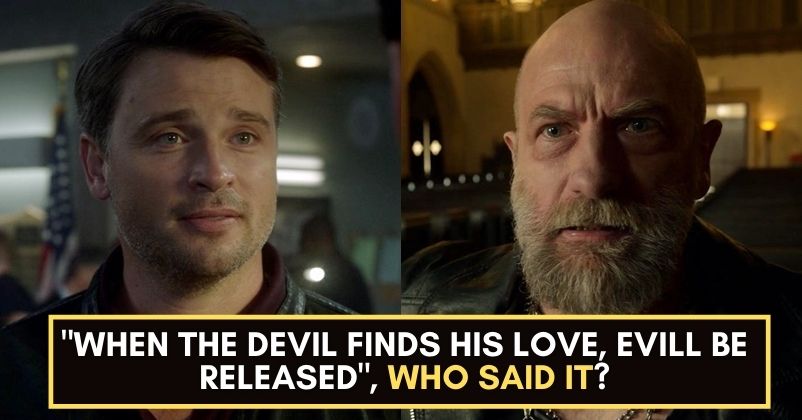 How Well Do You Know The Songs That Were Sung By...

Where Do you Belong: New Orleans Or Mystic Falls?

8 Reasons Why The Vampire Diaries Is Better Than The Originals