Humor Nation Make The World Smile
Home TV Who Was It: Stefan Salvatore Or Elijah Mikaelson?

Welcome back to Humor Nation. Even though the Vampire Diaries might appear to be a story of romance, but deep down it’s actually a tale of two brothers. The Salvatore brothers who got separated and then reunited again as brothers. We were introduced to the brothers right in the first episode, it looked like Stefan is the good brother whereas Damon is the evil one who just want to ruin everyone’s lives. But as the show went on, we realized the line of good and evil is blurred, both the brothers had plenty of skeletons in their closet. But as the show progressed, their relationship also improved and they became cordial. Whereas Originals which focused more on the theme of family also featured the Mikaelson siblings, but the bond between Elijah and Klaus is the highlight of the show. There are numerous parallels between Stefan and Elijah.

We have seen both the brothers sacrifice their happiness numerous times for their brother’s sake. Elijah spent his entire life searching for the redemption of Klaus. Stefan who got newly wed to Caroline, had a happy life ahead, chose to sacrifice his life so that his brother could spend his life with Elena. Elijah chose to die alongside his brother Klaus who decided to sacrifice himself to kill Hollow’s spirit once and for all. Elijah believed he had fulfilled his purpose and there was no other reason to stay alive now.

Both the brothers cared about their family a lot. Even though Elijah went to extreme lengths to protect his family. The promise of ‘Always and Forever’ haunted his entire life. That’s why in Season 4 finale, when Klaus asked him to come looking for him, he had to remove his memory of ‘Always and Forever’ promise because consciously he couldn’t hold himself back from coming to the rescue of his family.

Even though both these characters are believed to be the moral ones, they have a conscience and would avoid unnecessary violence. But in reality, they can be far more dangerous than their brothers. Stefan under the influence of being a Ripper is a savage and Elijah with his Red Door swinging wide open is a monster. But still the fans like to be believe they are the good brothers.

So Take This Quiz And Answer If It Was Stefan Salvatore Or Elijah Mikaelson!

There are numerous parallels between Stefan and Elijah. Take this quiz to test your knowledge of Elijah and Stefan. 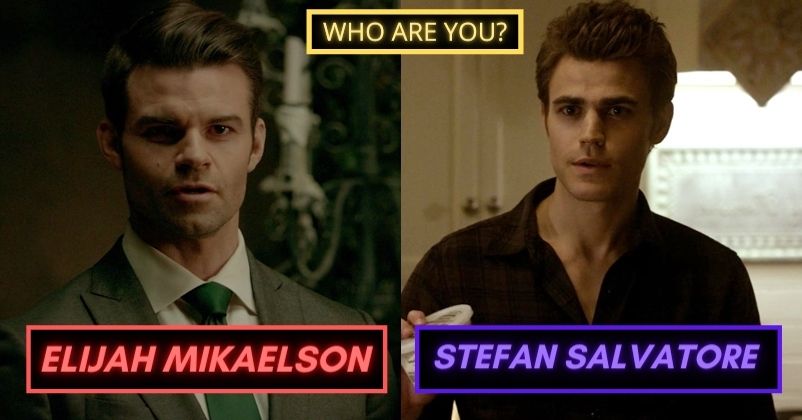