Home TV How Well Do You Know The Flings/Girlfriends Of Stefan Salvatore?

Welcome back to Humor Nation. Even though Delena was the endgame, a lot of people believe that Stelena should have been the true endgame. There are many who truly ship Steroline and felt devastated when Stefan had to sacrifice his life and leave behind Caroline. But today we will be looking at various other options that the younger Salvatore could have had. Lexi was the best friend of Stefan who mentored him and helped him in living his vampire life peacefully. The two vampires were besties, would drink and celebrate together until Lexi was staked by Damon. Many people wouldn’t wanna consider them anything more than best friends, but it is undeniable that they had great chemistry together, and would have made an amazing couple.

How Well Do You Know The Flings/Girlfriends Of Damon Salvatore?

Rebekah and Stefan were lovers in 1920s, back when Stefan was a Ripper and had even impressed the Original Vampire Klaus Mikaelson. But Klaus daggered Rebekah and compelled Stefan to forget about everything. Imagine if things were different, they would have been made an amazing endgame.

We were introduced to the character of Valerie Tulle in the 7th season of TVD. It was then revealed that she was Stefan’s first love and these two were romantically involved with each other at a time when they were human. The younger Salvatore is reunited with Valerie when he sees that Caroline is with Alaric. Even though Katherine Pierce claimed that she loved both the brothers, but it was clear that she loved Stefan more, even in her own selfish and manipulative way. In Season 5, when Katherine was dying, it was Stefan who comforted her despite of all their differences.

So Take This Quiz And Find Out How Well Do You Know The Flings/Girlfriends Of Stefan Salvatore?

Even though Steroline was the endgame on TVD, Steroline refers to the relationship between Stefan Salvatore and Caroline Forbes, but did you know there are many other characters who would have been perfect for Stefan. Take this quiz to test your knowledge of Stefan's relationships. 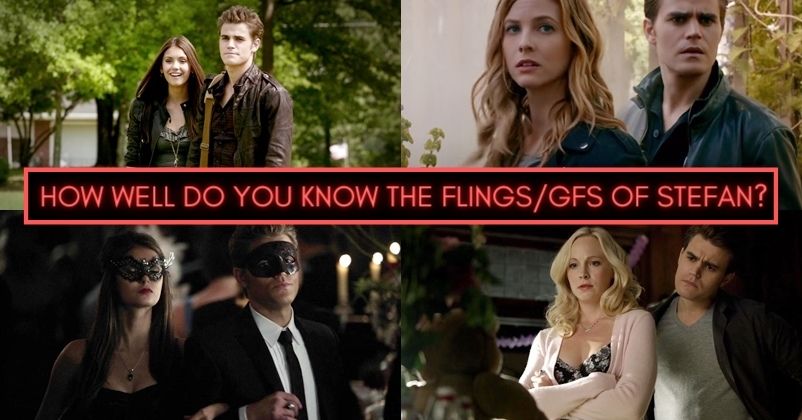 How Well Do You Know The Parents From The Vampire Diaries?

Which Character From ‘The Originals’ Will Turn You Into A Vampire?

Find Out Which Originals Season Would You Belong Into?