Humor Nation Make The World Smile
Home TV How Well Do You Know The Demons From LUCIFER?

Welcome back to Humor Nation. Demons are malevolent entities who are powerful and reside in the realm of Hell. Only one demon walks the earth and her name is Mazikeen. She was the personal assistant of Lucifer, the ruler of Hell. Lucifer was cast out of heaven for his rebellion. He was given the responsibility of running hell where he would torture every corrupted soul who arrives there. One of the first demons who was banished to helll was Lilith, she gave birth to millions of demons, she is the mother of Mazikeen. However, due to her separation from Adam, she became distant and bitter, she never wanted to do anything with her children.

How Well Do You Know The Angels From LUCIFER?

Lucifer grew bored of his duties in Hell and arrived on earth with Maze. The job of demons is to torture the tainted souls who arrive there, but some of the demons have the task of assisting Lucifer in his goals such as Maze. When Lucifer left hell, he ordered all the demons to keep doing their jobs and maintain order in Hell. Up until season 4, we didn’t get to see any other demons apart from Mazikeen. But in S4 finale, we saw Squee and Dromos who tried starting an uprising and planned to overthrow Lucifer as the ruler of Hell.

Dromos was summoned by Eve in the body of Father Kinley, he soon brought many demons to Earth. Lucifer overpowered them all and scared them using his true form, forced them into submitting to him. He then instructed them to return back to hell and leave the possessed human bodies. Lucifer also returns back to hell as hell cannot run without an angel.

So Take This Quiz And Find Out How Well Do You Know The Demons From LUCIFER?

They are malevolent entities who are powerful and reside in the realm of Hell. Take this quiz to test your knowledge of the demons from LUCIFER! 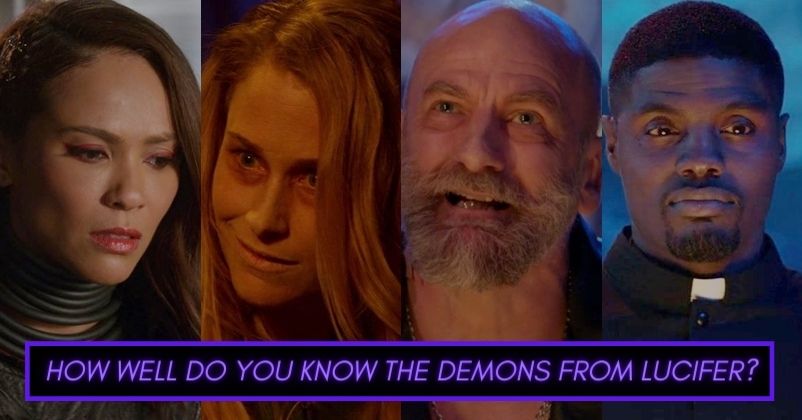