Welcome back to Humor Nation. The Vampire Diaries is perhaps one of the most popular vampire shows of all time. The show is centered around the lives of Salvatore brothers who are vampires and they end up falling in love with the same woman. There’s romance, drama, thrill, and horror. Over the course of eight seasons, the show became a hit with the fans due to its larger than life characters and it captivated the interest of the viewers with their unique storylines. When a show runs for as long as TVD did, the writers always have to come up with refreshing ideas for the storylines so that the show won’t become stale. Even though Vampire Diaries mostly managed to do that, but there have been times when its storylines didn’t click with the fans and became easily forgettable.

How Well Do You Know Enzo From The Vampire Diaires?

Perhaps the most popular storyline on TVD was the Originals arc which introduced us to the ancient vampires known as the Originals. They are the progenitor of the vampire race. The show focused on the dysfunctional family of the Originals, introduced us to their backstories and explained their motivations as why they are hunting our beloved TVD characters. Characters such as Klaus, Elijah, and Rebekah were such a hit with the fans that the show creators decided to launch a spin-off which would focus solely on the Originals. With the introduction of the Mikaelsons, various new concepts such as Hybrids, White Oak Stake, were also added to the TVD Universe which expanded its lore.

There have been numerous storylines which were not much appreciated by the fans. The transformation of Jeremy Gilbert into a vampire hunter was one of them. Jeremy has suffered plenty of loss, from losing his parents to the love of his life, and not to forget being killed several times, the character had it really hard on the show. So when he ended up becoming a vampire hunter, it felt like he finally found some purpose. But the writers really contradicted and messed up his purpose as a vampire hunter when all his friends and loved ones were vampires so it didn’t make any sense.

Silas, the first immortal being, his arrival was so hyped up, but it failed to deliver. We leaned how he’s the progenitor of the Salvatore bloodline, his love affair with Amara, and his betrayal to Qetsiyah. Silas storyline soon became stale and the viewers lose interest in the character.

So Take This Quiz And Find Out If You Can Guess The Vampire Diaries Character By Emojis!

Take this quiz and test your knowledge about the Vampire Diaries characters by identifying them using emojis. 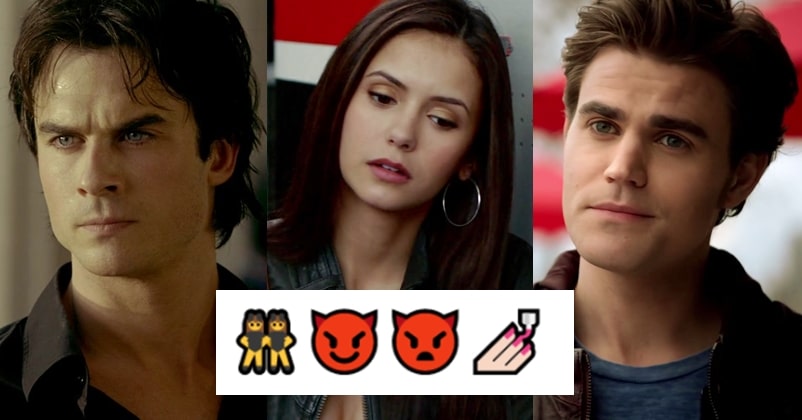 Find Out Whether Klaus Mikaelson Will Date You Or Not?

6 Interesting Facts About Hayley Marshall That The Fans Might Not...