Humor Nation Make The World Smile
Home Must Reads How Well Do You Know The Villains Of Teen Wolf?

Hello Readers! Welcome back to Humor Nation. Teen Wolf has a long list of villains. Most of you would agree that Gerard Argent is probably the worst villain on Teen Wolf. He has committed numerous sins and worst part is that he keeps coming back. He is a master manipulator who turned Kate into a killing machine, also tried influencing Allison to kill Derek and his pack. And he would take the Kanima power from Matt by killing him. Sought the bite of a werewolf despite harboring hate for them. Gerard also betrayed Deucalion at a peace talk when he stabbed and blinded him. He kidnapped Stiles and gave him a worse beating. His list of sinister and awful crimes goes on and on.

Gerard raised Kate in the hunter’s lifestyle and worse he manipulated her and made her a killing machine. She is the one responsible for the Hale House Fire which wiped the Hale family. Even when there were human kids present in the house, she went against the Hunter’s code. She would even manipulate Allison to do her bidding. After becoming a Werejaguar, she would return and tried harming Scott whom she blamed for the death of Allison.

5 Moments When Klaus Mikaelson Wore His Heart On The Sleeve

Jennifer Blake who served as the emissary for the Kali, but was almost killed by Klai. She decided to destroy the Alpha pack and in order to attain her goals, she started doing human sacrifices which granted her the powers. But slaughtering numerous innocents is just plain. Dread Doctors were frightening because they performed horrendous experiments on the teenagers, turning them into Chimeras who were given powers of some specific creatures without them becoming it. It’s kind of a hybrid.

Season 5 saw the arrival of the Ghost Riders. A creature that resembles like a wild west cowboy with the skin of a zombie. Whenever they shoot someone with their gun, it removes the person from the existence, everyone forgets that person, and the person is trapped in a different dimension. They proved to be a greater threat, it was them responsible for removing Stiles from everyone’s memory, luckily the gang managed to bring back Stiles and the others from the Phantom Train Station dimension. Who do you think was the worst threat for the McCall gang?

So Take This Quiz And Find Out How Well Do You Know The Villains Of Teen Wolf?

How Well Do You Know The Villains Of Teen Wolf?

They made us angry and furious. At times they hurt our favorite characters, even killed a few. We hate them, but still love some. They are the bad guys. Take this quiz to check your knowledge about the Villains of Teen Wolf. 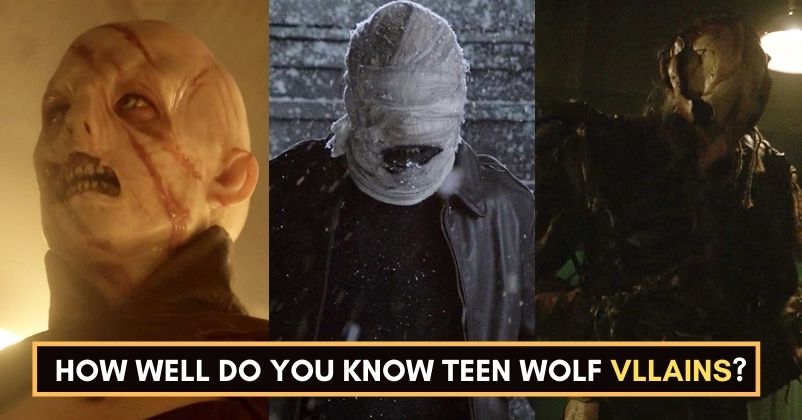