Home TV How Well Do You Remember Important Elena Episodes From TVD?

Welcome back to Humor Nation. Elena Gilbert was the central character for six seasons of TVD before Nina Dobrev decided to explore other opportunities and bid goodbye to the show. She, however, made her return in the finale episode which marked the conclusion of TVD saga. We first saw her in the pilot episode where we find out that she was involved in a fatal accident in which she lost both of her parents and now she is trying to recover from the grief and continue her life. Elena Gilbert is a flawed character, she also has a bad and mean side which was showcased at numerous occasions.

Can You Guess The TVD Character From A Single Hint?

One of the best characteristics about her is her mental toughness. The girl lost both of her parents, but still decided to keep living, hoping that she has a better future ahead. Often times, we faced her confronting her demons and conquering them. Elena Gilbert also never shied away from putting her life into danger for her loved ones. Remember when she told Stefan to rescue Matt first and it resulted in her death. Thankfully, she had Damon’s blood in her system which transformed her into a vampire.

A lot of fans dislike Elena’s character due to her self obsession. Many fans believe that her character is extremely obsessed with herself and mostly cares about her wellbeing, and not about anything else. Remember in the finale episode when she met Stefan who told her he sacrificed himself, instead of asking about Stefan, she focused only on Damon’s wellbeing which mattered to her.

So Take This Quiz And Find Out How Well Do You Remember Important Elena Episodes From TVD?

How Well Do You Remember Important Elena Episodes From TVD?

Elena Gilbert was the central character for six seasons of TVD. Take this quiz and put your knowledge of this heroine to test. 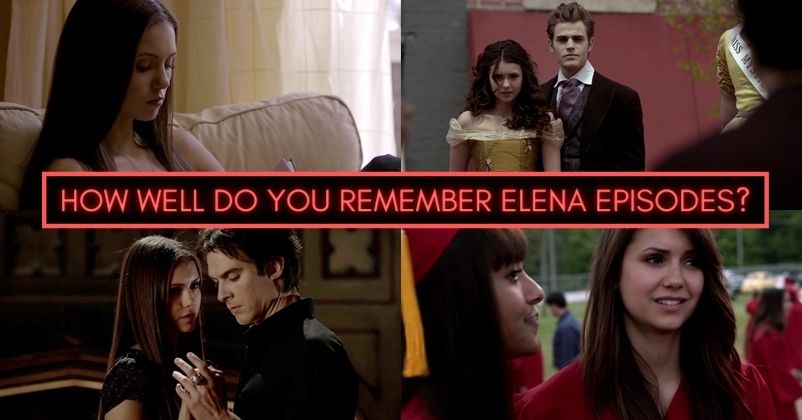 How Well Do You Remember The Scariest Episodes Of TVD?

Only A True Fan Can Complete These Chloe Decker Quotes From...