Home TV How Well Do You Remember Season 3 Of Teen Wolf?

Hello Readers! Welcome back to Humor Nation. Teen Wolf Season 3 premiered on 3 June, 2013 and the premier episode was titled ‘Tattoo’ which received the highest ratings in the Teen Wolf history. It was seen by 2.36 million viewers. Season 3 was split into two parts: 3A and 3B. The second half of the season premiered with episode titled ‘Anchors’ on 6 January 2014 which was seen by 2.4 million viewers. Season three consisted of 24 episodes which was split into two 12 episode arcs.

How Well Do You Know The Alphas From Teen Wolf?

Jackson has now moved to London. Beacon Hills High School is joined by a new teacher in the form of Jennifer Blake who has an interest in Derek. The story arc of this season (3A) focuses on the Lethal Alpha Pack’s plans for Scott and Derek and our gang prepares to face new threat. Then there’s a mysterious killer who uses a dark druid ritual to kill teachers and students. This season takes place four months after the finale of season 2. Allison along with her dad has given up werewolf hunting.

The finale of season 3A saw Scott McCall defeating Jennifer and becoming a True Apha. And in the end we see Peter Hale who kills Jennifer. This season (3B) also marks the tragic death of Allison Argent who is killed by Oni. Also, we would like to know what’s your favorite episode from Season three of Teen Wolf?

So Take This Quiz And Find Out How Well Do You Remember Season 3 Of Teen Wolf?

How Well Do You Remember Season 3 Of Teen Wolf?

So you think you are a big fan of Teen Wolf and remember every tiny detail about all the seasons? Take this quiz and check your knowledge about season 3 of Teen Wolf. 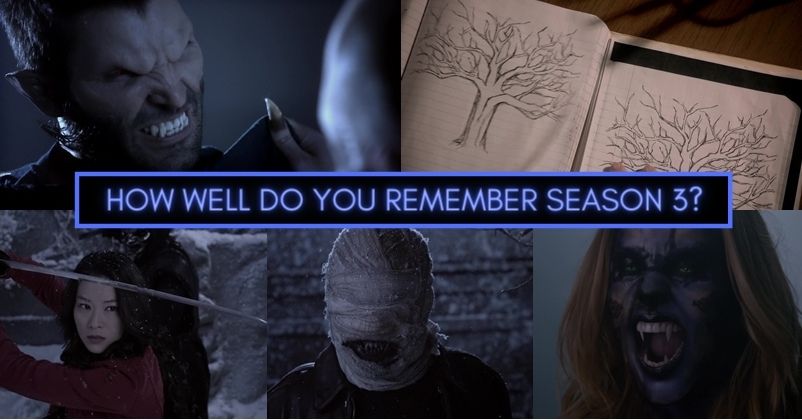 How Well Do You Know Scallison? Take This Quiz And Find...

10 Most Heartbreaking Deaths In The Vampire Diaries