Home TV Can You Guess The TVD Character From A Single Hint?

Welcome back to Humor Nation. The Vampire Diaries became an instant hit when it was first aired. While sharing a few similarities with the Twilight, the show was completely different in all aspects. The show ran successfully for a total of 8 seasons in which it aired 171 episodes. TVD developed a loyal fanbase who are passionately attached with the show and been a part of the amazing ride since then. While this fantasy drama mainly revolves around two vampire brothers who fall in love with a human girl and protects her from all sorts of supernatural threats. The show touches all genres such as comedy, horror, action, romance, which attracted all sorts of audiences.

Find Out Which Originals Storyline You Will Be A Part Of!

As the show is supernatural in nature and features different sorts of supernatural creatures such as vampires, werewolves, witches, ghosts, sirens, and lots more. While there are numerous characters, some of them have become fan favorites such as Damon, Katherine, then there are done who fans don’t find much amusing such as Matt. The actors did a brilliant job in playing their character. There are numerous traits and qualities which makes a character likeable. Some of the TVD characters had undergone a tremendous character development which made them more favorable. But there are characters who could have been much better, had plenty of potential, but were failed by the writers.

While in the world of TVD where almost every character eventually became a supernatural being, Matt Donovan is the only character who managed to hold on to his humanity. He is also the ultimate survivor who made it alive out of the eight seasons. Matt is also one of the few characters who have made an appearance in TVD, Originals, and Legacies. His journey has been nothing but amazing, from joining the police academy as a new recruit to taking the mantle of the Sheriff after the death of Liz Forbes, and eventually running for Mayor. Bonnie Bennett is another example of an amazing character development. In the beginning of the show, we saw her learning that she is a witch. By the end of the show, she ends up becoming arguably the most powerful witch in the entire TVD Universe. Throughout the different seasons, she learns and acquires knowledge about different kinds of magic, improves her craft.

When Caroline Forbes became a vampire, people said that she won’t survive long being a vampire. But she proved them wrong and became the ultimate survivor. Turns out, becoming a vampire proved to be a blessing in disguise for her. She was timid, insecure, jealous, and fragile as a human. But the vampirism provided her strength which made her independent, taught her to have a self-belief in herself.

So Take This Quiz And Find Out If You Can Guess The TVD Character From A Single Hint?

Can You Guess The TVD Character From A Single Hint?

So you think you are a TVD expert who knows everything that there is then take this quiz. This quiz will test your knowledge of the various characters from the show. 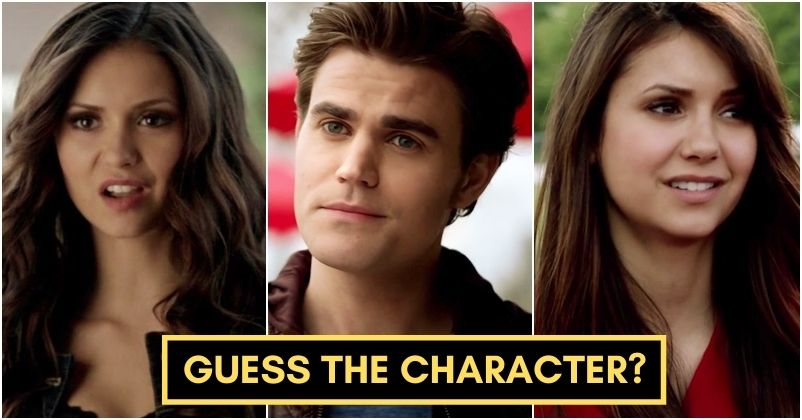 Find Out Which BFF Duo You Are From The Vampire Diaries?

7 Unknown And Amazing Facts About The Originals!