Humor Nation Make The World Smile
Home TV How Well Do You Know Haylijah From ‘The Originals’?

Welcome back to Humor Nation. Haylijah is one ship in the TVD Universe that deserved a better fate. Elijah first meet Hayley when he arrived in New Orleans after learning that the witches in New Orleans are conspiring against his brother Klaus. Even though there have been only a few times when Elijah and his brother Klaus have been on the same page, but Elijah never left his brother’s side. Despite their differences, he always chose to fight by his side. After arriving in New Orleans, he learned of Hayley who was held captive by the witches. Learning that he is carrying the child of Klaus, he convinces his brother to take up this chance which could redeem him. While Klaus daggered Elijah and handed him to Marcel, Hayley moved into the Mikaelson Mansion with Klaus, soon Rebekah also followed. Hayley began trusting Elijah as he was nice to her and the two quickly develop a bond.

Elijah protected her from different sorts of threats such as vampires and witches. Soon Elijah became overprotective of her and when Hayley almost died due to Mikael, he expressed his feelings to her. In the finale episode of Season 1, when Hayley died due to the witches, Elijah became teary, he broke down, and blamed it all on Klaus.

During the Season 2, they grew apart as Hayley transformed into a Hybrid which brought a variety of change in her behavior. She started believing that maybe Elijah won’t accept her now as she is not the same person anymore. She started seeing herself as a monster.

She would eventually get married to Jackson in order to unite the wolves. In Season 3, after Jackson is killed by the Strix, Hayley starts killing the members of Strix in order to avenge Jackson, Elijah helps him in the mission. She decides to end her relationship with Elijah as she has to do right by Jackson who loved her even after knowing that she loved Elijah. Elijah would have his memories erased in Season 5. He would again come across, the two quickly bonded and there was an unexplainable connection. Elijah didn’t realize who Hayley was, it was only when he regained his memories, he realized how they had such a spark, and the fact that he could have saved her.

So Take This Quiz And Find Out How Well Do You Know Haylijah From ‘The Originals’?

How Well Do You Know Haylijah From ‘The Originals’?

Haylijah is the name of the romantic relationship between the werewolf Hayley and the Original vampire Elijah Mikaelson. Take this quiz to test your knowledge about Haylijah. 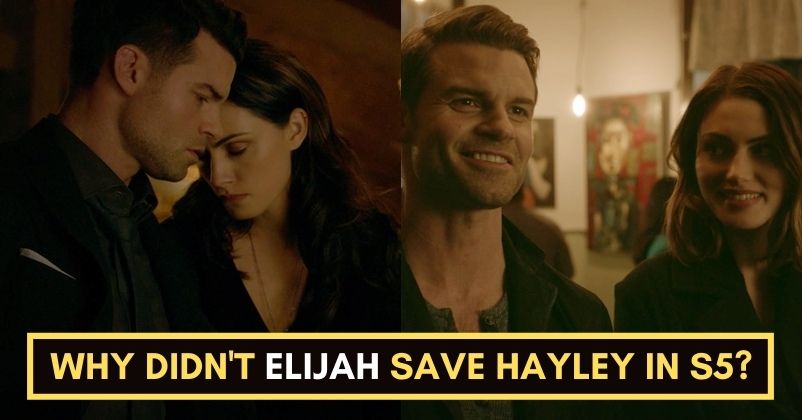