Welcome back to Humor Nation. While the Mikaelsons are the lead figures of the Originals, but there are numerous characters who even though appeared only for a short while, but they left a long lasting impression on the psyche of the viewers. We still remember these characters because they had a unique style, their personality was captivating. Thierry Vanchure is a character who served as the right man of Marcel, he has known Marcel since the 1940s. When he was dying in the war, it was Marcel who rescued him and turned him into a vampire. Since then, he has never left the side of Marcel. In order to take back the city, Klaus first created a situation which forced Marcel to punish Thierry, thus separating the only person who could give the right counsel to Marcel.

Sophie Deveraux was an important character of Season 1. It was her actions which played a major role in the storylines. After her sister sacrificed herself to cast the spell, she was left with one purpose, to bring back her niece Monique back from the dead. Her niece was sacrificed in the Harvest ritual which was left uncompleted due to Marcel intervening and taking Davina with her. Now Marcel has banned the witches from practicing magic in the New Orleans city. Earlier, Sophie didn’t believe in the ritual or in the power of Ancestors, but the love of her family forced her to have faith. Ultimately, she was able to bring back Monique, but what’s tragic is that the same niece cursed her to death because she lacked faith in the Ancestors.

In Season 3, we were introduced to the character of Detective Kinney who was introduced to Cami by Vincent. He is the officer who is investigating the stranger murders that are taking place in the city of New Orleans. Lucien Castle is the one who is behind the killings. Kinney develops some suspicions towards Cami’s family, but Cami doesn’t reveal anything to him and finds it hard to trust him. He marks Lucien Castle as the prime suspect and calls him down to the station to interrogate him. Vincent and Cami are also present there because Lucien compelled Kinney to call Cami down at the station.

So Take This Quiz And Find Out If You Can Name All These Characters From The Originals!

Only A Mikaelson Can Name All These Characters From The Originals!

The show 'Originals' focused around the Mikaelson siblings as they try to reclaim the city they once owned. The show mainly revolves around Klaus Mikaelson and his family, but there are countless other characters who played an important role in the story-line of the show. Take this quiz to put your Originals knowledge to test. 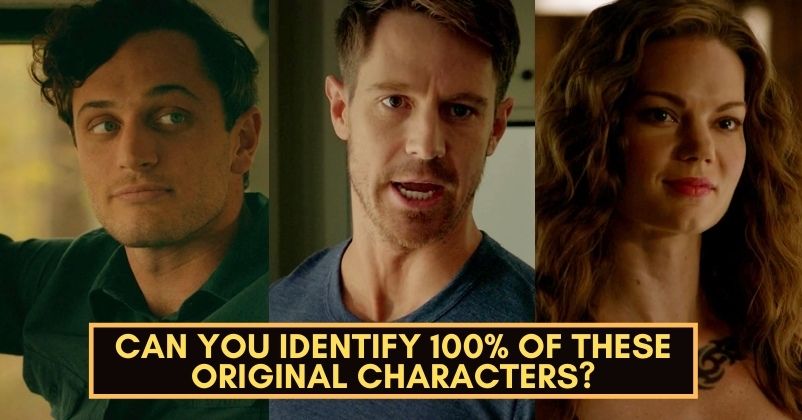