Home TV Do You Remember The First Line Of Your Favorite Lucifer Characters?

Mazikeen arrived on Earth along with Lucifer, she didn’t have any other purpose, but serving Lucifer and taking care of his needs. In Season 1, we see her bartending at LUX and persuading Lucifer to return back to hell because she finds humans vile. But when Mazikeen interacted with Trixie, Dan, and other humans, she became invested in them. Mazikeen would leave Lucifer’s side and began working as a bounty hunter. In Season 4, something interesting happened that nobody saw it coming, not even Maze expected that. She developed feelings for Eve, but unfortunately Eve didn’t reciprocate. Maze would desperately seek a soul which led to her being manipulated by Michael in Season 5. When God arrived on earth, he revealed to Maze that the soul she seeks is already present inside her. Apart from Lucifer, Maze has probably the best character transformations on the show.

Dan Espinoza has probably suffered the most on the show. First, his marriage with Chloe ends abruptly then he gets a demotion. While trying to work his way back, he develops a relationship with Charlotte Richards which is actually Goddess. In Season 3, the Original Charlotte Richards returns back to her body, she resumed her relationship with Dan. But Cain’s actions result in the tragic passing of the Charlotte. Dan Espinoza was left heartbroken and blames Lucifer for everything wrong happening in his life. The cunning Michael uses the emotional state of Dan to trick him in killing Lucifer.

Ultimately, he becomes aware about the existence of divinity, Chloe convinces him that Lucifer is not evil. In Season 5, he struggles to deal with this new truth, he is anxious and finds it hard to pretend normal around Lucifer or God. As he manages to become accustomed to it, he meets a tragic fate when he is killed on duty. Things take a turn for worse when his soul goes to hell due to his guilt.

So Take This Quiz And Find Out If You Can Remember The First Line Of Your Favorite Lucifer Characters?

Do You Remember The First Line Of Your Favorite Lucifer Characters?

The pilot episode of Lucifer aired on January 25, 2016. The episode received a very positive response from the viewers and critics. Take this quiz to test your knowledge of the first lines of the Lucifer characters. 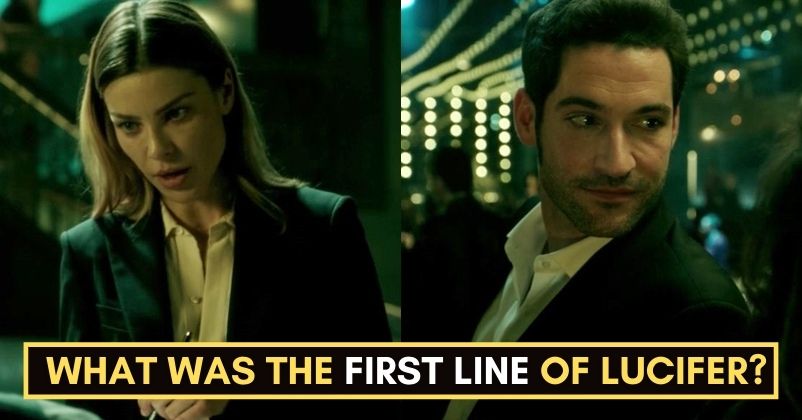 Find Out Whether Klaus Mikaelson Will Hug You, Kiss You, Or...

How Well Do You Know Castiel From Supernatural?

How Well Do You Know Joseph Morgan?