Humor Nation Make The World Smile
Home TV How Well Do You Know Klamille From ‘The Originals’?

Welcome back to Humor Nation. Many people believe that Cami was the true soulmate of Klaus Mikaelson and Klamille is the OTP. Their relationship started really slowly, it started in the backdoor pilot episode of the Originals which was featured in the Vampire Diaries. Klaus comes across her at the Rousseau’s and leaves her with a hundred dollar tip. They would later cross paths at an artwork where Cami would describe the meaning and personality of the artist who painted it. Klaus would become fascinated by her interpretation and would vanish suddenly. In the first season of the Originals, Cami’s uncle Father Kieran who was aware about the existence of the Supernatural in the New Orleans requested Klaus to keep Cami out of it. Cami who was in desperate search for the answers of what happened to his brother Sean would get close to the darkness.

Klaus would compel her to make peace with her brother’s death and leave the city of New Orleans. This compulsion would eventually be removed by Davina Claire who would also become friends with Cami. After finding out the truth, Cami decides to stay. When Father Kieran was hexed by a witch for working against them, Klaus comes to his aid. He tries using his blood to kill the hex, but it doesn’t work. He would then turn Kieran into a vampire and it seemed like that worked, but the curse would return, making Kieran a rabid vampire. Ultimately, Klaus would put an end to his misery and saved Cami’s life. He also lifted the ban on Marcel and allowed him to join the funeral proceedings of Kieran and to support Cami.

In the second season of the Originals, when Dahlia arrived to claim Hope. There was a rift between the Mikaelsons regarding the best method to save Hope. Elijah would trust Freya while Klaus had his own way to save the family. The only person who supported Klaus was Cami. She was the one who told Elijah why Klaus was working with Dahlia, it was a ruse to implement his actual plan.

Fans have given the name Klamille to their ship. Season 3 would take a shocking turn of events when Cami is forced to end her life due to the compulsion of Aurora. She would eventually become a vampire and help Mikaelsons in their fight against the Trinity.

So Take This Quiz And Find Out How Well Do You Know Klamille From ‘The Originals’?

How Well Do You Know Klamille From ‘The Originals’?

Klamille is the name given to the relationship between the Original Vampire Klaus Mikaelson and the human Camille who later became a vampire. Take this quiz to test your knowledge about Klamille. 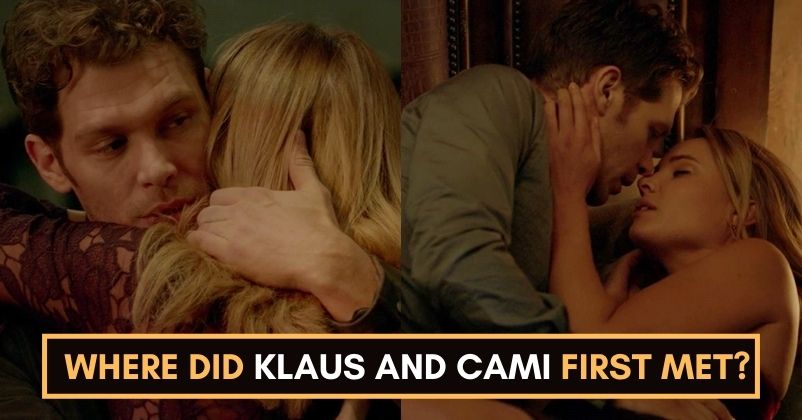