Humor Nation Make The World Smile
Home TV Which Mikaelson Was It? Only A True TVD Fan Can Answer!

Welcome to Humor Nation. The Mikaelson Family is undoubtedly the most powerful and ruthless family in the entire TVD Universe. It’s a family that you would never wanna cross. The family can be traced back to the 10th Century and its origin started in Norway where Mikael who was a Viking married a witch named Esther. After their marriage, Esther longed for having children, but she was unable to bear any. Desperately, she went to her sister Dahlia who was a skilled and powerful witch to help her in conceiving children. Her sister did help by using a fertility spell, but she asked for a huge payment in return. The agreement was that Esther would give Dahlia the first born Mikaelson child of every generation.

How Well Do You Know Steroline From TVD?

Esther gave birth to Freya, then came Finn, and Elijah was on its way. When Freya was five years old, Dahlia came to claim her. At first, Esther refused to hand over her child, but Dahlia told her if she refused to give her Freya then all her children will meet a tragic fate. Ultimately, she handed over Freya to Dahlia, and she told Mikael that Freya died in the plague while he was away fighting the war.

After Freya, Mikael became distant from his kids and became abusive towards them because he had a hard time processing the grief of her beloved child. When the youngest Mikaelson Henrik was mauled by the wolves, Mikael forced Esther to do something using her magic that would protect the family. She would transform Mikael and her children into Original Vampires. The Originals were the progenitors of the vampire race. This new species granted the Mikaelsons with extremely powerful abilities, but at the same time it turned them into the monsters.

Klaus Mikaelson was born as a result of Esther’s affair with the werewolf tribe leader, the Alpha Ansel. Klaus was born a werewolf, as Esther was terrified at the thought of what would happen if Mikael would come to know the reality. She created a talisman that would weaken and suppress the werewolf abilities of Klaus so he would never trigger his curse. However, he would trigger it and underwent the transformation. Mikael then asked Esther to suppress the werewolf side forever.

So Take This Quiz And See If You Can Answer ‘Which Mikaelson Was It’?

They are the originals, the most powerful vampires in existence. Some of them are also the most strongest and powerful witches in the TVD Universe. Lived through centuries, fought alongside and also against each other. Take this quiz to find out how well do you know about the Mikaelsons? 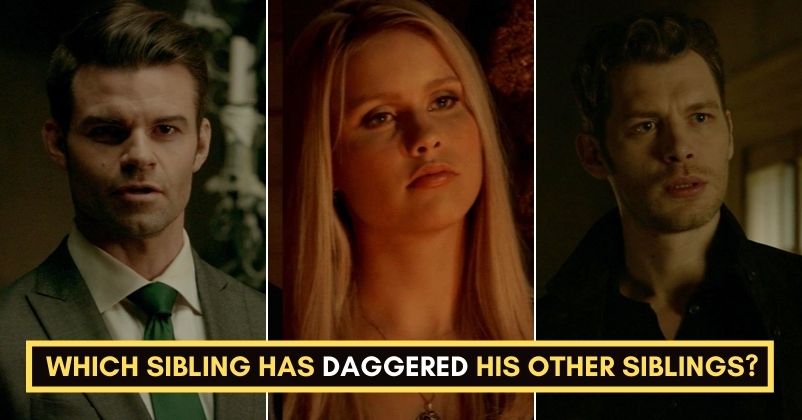