Humor Nation Make The World Smile
Home TV How Well Do You Know Kolvina From ‘The Originals’?

Welcome back to Humor Nation. In Season 5, we learned that Kol and Davina are happily married. They would return to attend the wedding of Freya and Keelin and also helped Hope who’s struggling with the dark spirit of Hollow. It’s amazing to see these two finally getting the ending they deserved, after losing each other and being separated for years, their love conquered everything. Fans have given the name Kolvina for their relationship.

Ever since the death of Kol who was hexed by Finn, Davina didn’t stop. She kept looking for a way to bring back her love. It was only for this reason that she decided to join the Strix coven and helped them in unlinking the sireline of the Klaus. However, the energy released from the unlinking spell called the Nexus Vorti was harbored by Davina in bringing back Kol into his original body. As Kol returned as an Original Vampire, he tried his best not to return to his old ways, he tried his best to control his hunger for blood, become a good man for Davina.

But his vampire nature slowly became uncontrollable as the Ancestors who corrupted him when he was resurrected. They did it in order to get back at Davina, they made his rage and hunger take over which resulted in him unintentionally feeding and killing Davina. Kol was heartbroken, but there was still a way to bring back Davina. However, Freya and Elijah placed the safety of their family first which resulted in Freya using Davina to steal the power of Ancestors in order to defeat Lucien, this killed Davina and ended any chance of bringing her back. Kol would lash out at his family, but would be forced to work with them in order to deal with the Upgraded Original Vampire Marcel.

After the Mikaelson family was cured and healed, they rescued Klaus from Marcel. Kol would eventually leave New Orleans, but would return when Elijah died. He would cross paths with Hollow who asked for his loyalty in exchange for Davina. Hollow resurrected Davina, but linked herself to her as an insurance. Kol with the help of Hope managed to unlink them and thus got back Davina finally. Together they would leave the city of New Orleans for good.

So Take This Quiz And Find Out How Well Do You Know Kolvina From ‘The Originals’?

How Well Do You Know Kolvina From ‘The Originals’?

Kolvina is the name given to the relationship between the Original Vampire Kol Mikaelson and the witch Davina Claire. Take this quiz to test your knowledge about Kolvina. 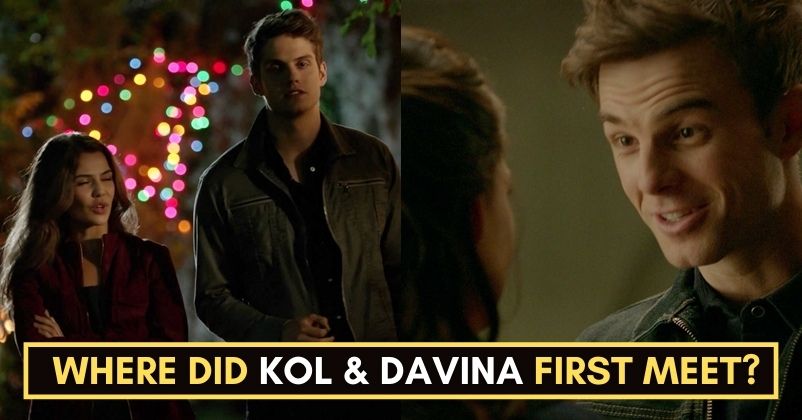