Humor Nation Make The World Smile
Home TV How Well Do You Know The Rippers From The Vampire Diaries?

Welcome back to Humor Nation. In the TVD episode ‘The Reckoning’, Stefan tells Elena that he is a ripper and a ripper doesn’t stop. All he could hear was the sound of her heart pumping the blood. This clearly describes what it’s like to be a Ripper. Rippers are the sadistic vampires who are brutal and extremely dangerous. Usually they have turned off their humanity and they don’t care about their actions. They are driven by their bloodlust and have little to no control over themselves. All they desire is to hunt.

Can You Recognize These Characters From ‘The Vampire Diaries’ By Their Voices?

Rippers are predatory vampires who are extremely savage and feral. When compared to the normal vampires, they enjoy hunting humans for their entertainment, they play with their prey, and then destroy it completely, and do it without any remorse or hesitation. While it is generally believed that all rippers are evil killers, but that it not the case. There are a few rippers who are capable of self control and could regulate their emotions and experience love, protection, and compassion. It’s just such people were consumed by their bloodlust tragically to a point where their morality became irrelevant. This was the case with Stefan Salvatore.

Another kind of Ripper vampires are the Augustine vampires who were developed with an artificial insatiable hunger for the blood of vampires using the Ripper Virus. Damon Salvatore transformed into a Ripper after he was injected with the Ripper virus which was developed by Dr. Wes Maxfield. He started feeding on other vampires and thus becoming an Augustine Vampire.

So Take This Quiz And Find Out How Well Do You Know The Rippers From The Vampire Diaries?

How Well Do You Know The Rippers From The Vampire Diaries?

Rippers are the sadistic vampires who are brutal and extremely dangerous. Usually they have turned off their humanity and they don't care about their actions. So just how well do you know them? Take this quiz and find out. 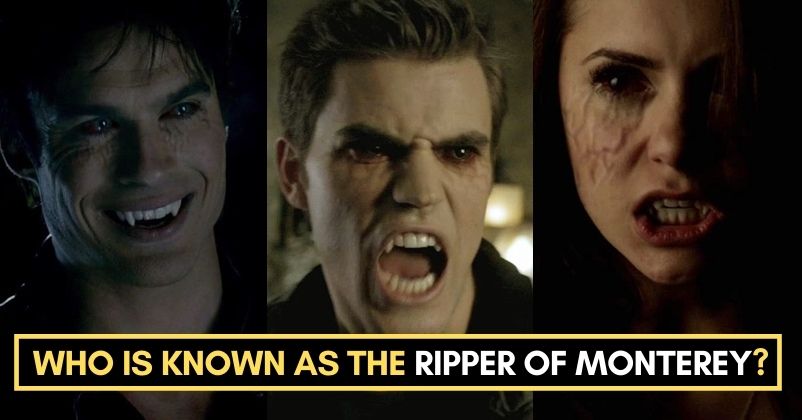