Humor Nation Make The World Smile
Home TV How Well Do You Know The Storylines From Lucifer?

Welcome back to Humor Nation. Season 4 of Lucifer saw the devil departing to hell, making a sacrifice to prevent any more demons from walking the earth. While this move left every fan devastated, everyone kept wondering when and how Lucifer would be back. But fast forward to Season 5, the devil was back on Earth by the third episode. Even though it was expected, but some fans still feel that they rushed it. The creators could have done so much with the storyline, but they failed to capitalize on it. One of the interesting storylines from Lucifer is the arrival and romance of Lucifer and Eve. At first, it looked like they could make it together, but it didn’t work out.

Of course, a major twist from Season 5 was Lucifer’s twin brother Michael who arrived on earth to cause chaos. He pretended to be Lucifer and even tried getting intimate with Chloe Decker. He lied, deceived, and did everything to make his brother’s life a mess. But Chloe managed to see through his deception and figured out that he is not the Lucifer she loved. Soon Amenadiel gets a wind of it, he flies down to hell and informs Lucy about the actions of Michael. By the third season, the devil is back to crime solving with the detective.

A surprising thing that nobody expected was Mazikeen betraying Lucifer on two different occasions. First, she worked with Marcus Pierce AKA Cain behind Lucifer’s back who promised her return to hell. Even though Cain had sinister plans that Maze didn’t realize. Then she sided with the evil Michael who manipulated Maze and promised her a soul. His promise of soul turned out to be false as we learned in second half of Season 5 that Maze already developed a soul on her own. She even tried killing God because he wouldn’t give her the soul. It’s only later she learned that she can feel, she does have a soul.

Out of all the storylines, the most awaited and captivating was Lucifer’s true face revelation to Chloe and the aftermath. Chloe learned about the true identity of Lucifer in Season 3 finale and majority of Season 4 revolved around how she deals with the truth. She had a hard time wrapping all that around her head.

So Take This Quiz And Find Out How Well Do You Know The Storylines From Lucifer?

How Well Do You Know The Storylines From Lucifer? 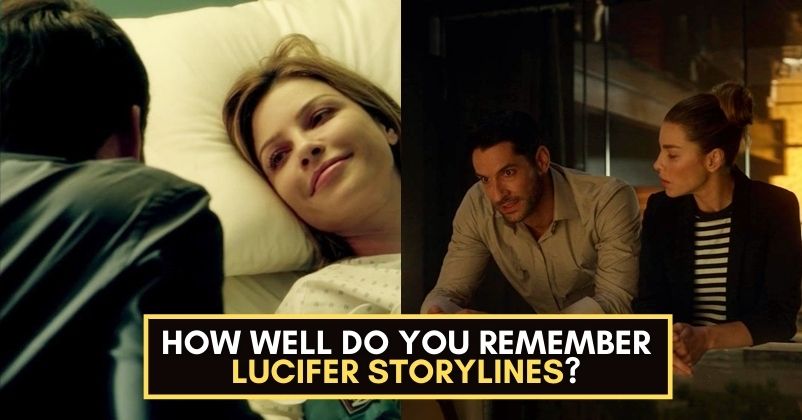