Humor Nation Make The World Smile
Home Quiz How Well Do You Remember Season One Of Lucifer?

Welcome to Humor Nation. The finale episode of Lucifer Season 1 saw Lucifer being tracked for a murder that he didn’t do. He tells Chloe that he didn’t do it, but Chloe refuses to believe him, asking him to come in the custody. Lucifer who is devastated and says Chloe is also like the rest, he provokes the officers to shoot him, but he is disappeared while they shoot at him. It was Amenadiel who carried him and they talk on the roof. Lucifer asks him to take him back to hell as he is done with the humanity. Amenadiel refuses and tells him about what he has done.

Back at the crime scene, Malcolm get a hold of the Maze’s hell daggers, Chloe confides to Dan that Lucifer is innocent. While Dan is dismissive at first, but when he sees the murder weapons, he is also convinced that Lucifer has been framed by no one other than Malcolm.

Lucifer and Amenadiel work together to track down Malcolm so they can punish him. Chloe also learns that Dan lied to her about Palmetto. Dan in his defense says that he did it in order to protect Chloe. She also realizes that she needs to prove Lucifer innocence and find Lucifer who thinks that she abandoned him. When Lucifer and Managed to track down Malcolm at the brewery, a fight between his henchmen thug and the angel brother duo takes place. They easily dispose off the men, but Amenadiel is stabbed with the demon knife. Maze arrives and takes care of Amenadiel. While Malcolm escapes the scene. Chloe also arrives at the scene with the force and she reconciles with Lucifer.

Malcolm has kidnapped Trixie and demands the money that the cops have seized to be returned in exchange for Trixie safety. Chloe makes the exchange and gets back Trixie. Lucifer tries talking down Malcolm, but he shoots him. A dying Lucifer makes a deal with the God to save Chloe and he’ll do anything in return. Lucifer finds himself in hell where one of the doors is found opened, implying that someone has escaped hell. Lucifer is back to life and he punches Malcolm. Chloe quickly shoots him. A dying Malcolm believes that he can still save himself with the coin that Lucifer once gave him. But to his surprise, the coin is gone from his hands, it’s already been used.

So Let’s  Take A Look At How Well Do You Know The TV Show ‘Lucifer’?

How Well Do You Remember Season One Of Lucifer?

So you think you are a big fan of Lucifer and remember every tiny detail about all the seasons? Take this quiz and check your knowledge about the Season 1 of Lucifer. 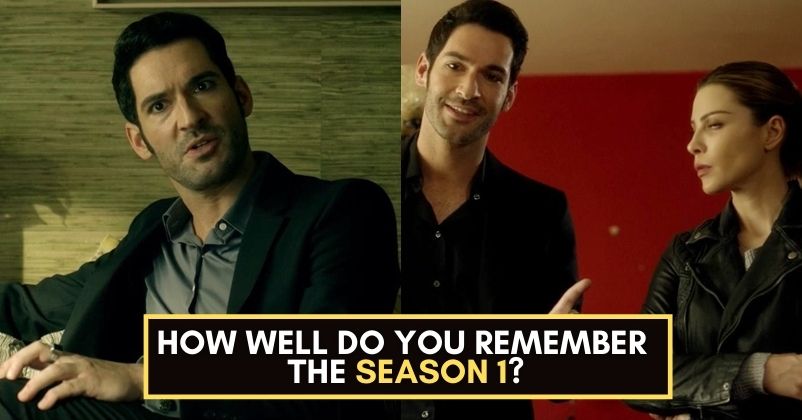