Home TV Find Out How High Is Your Supernatural IQ? Welcome to Humor Nation. Supernatural has finally ended after an immense number of 327 episodes over a course of 15 seasons. For 15 long years, the show entertained the fans with its amazing characters. but it has finally concluded on November 19. It has been a glorious ride, a long journey of two brothers through ups and downs, heartbreaks and suffering, Sam and Dean has been through a lot, but now they can finally rest as they have done their job. On this long journey, they made many allies and numerous villains. They encountered the most powerful beings in the universe.

Find Out Which Winchester Brother Is Your Soulmate!

Perhaps the most powerful being they encountered was the shadow, the cosmic entity which likes sleeping more than anything else. It is in charge of the empty, a place where angels and demons go after their death. The Empty has existed even before God and Amara AKA Darkness came into existence. It’s extremely powerful. So when Castiel annoyed the entity, it showcased its power by resurrecting Castiel and sending him back to Earth. It’s the oldest entity in existence. Even though we only got to witness only a handful of the true power of this entity. It would be interesting to see it’s true potential. The true form of Shadow can induce a state of total insanity to any being. It always remain in a state of eternal sleep.

The second most powerful entity in the Supernatural universe is the Darkness, an entity that existed since the beginning of time along with God. But God waged a war against her and trapped her forever using the Mark of Cain. As he couldn’t kill her because her existence is necessary to maintain a balance. So when the Mark of Cain was removed, the darkness was released on the Earth. She was angry and sought revenge against God and its creation. Demons, Angels, God, and the Winchesters, all came together to fight her, but they couldn’t take her down. However, Dean’s passionate speech brought a change of heart in her and she decided to make up with her brother.

The character of God was introduced as a Prophet who knows the future and writes about the Winchesters. He later appeared in Season 11 when darkness was unleashed. However, he grew tired of his creation and believed it to be failure. He became hell bent on destroying them all.

So Take This Quiz And Find Out How High Is Your Supernatural IQ?

Find Out How High Is Your Supernatural IQ? 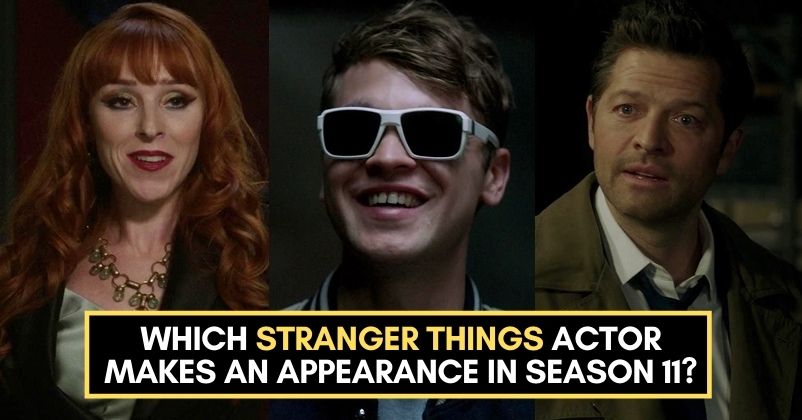 Hardest Dan Espinoza Quiz That Only A True Fan Can Beat

The Most Challenging TVD Quiz For The Crazy Fans

How Well Do You Know Mikael From The Vampire Diaries?