Welcome back to Humor Nation. Alaric Saltzman is one of the main characters of TVD who currently appears on Legacies. We first saw him in Season 1 when he arrived in Mystic Falls and took up the job of a history teacher. He helped Jeremy with the grades, Jenna took an interest in Alaric. Soon we found out that Alaric was actually a vampire hunter who had been studying the vampires. Alaric was surprised to find out that Elena’s birth mother Isobel is the same person he married and whom he believed to be dead. He came across Damon Salvatore and recognized him as the same vampire who killed Isobel at the party. Damon revealed that he turned her into a vampire because it was her wish. Since then, him and Damon developed a kind of friendship. He also served as the father figure to Elena following the passing of Jenna.

How Well Do You Know ‘The Mikaelsons’?

Alaric Saltzman became one of the main antagonist of Season 3 when he was turned into an Enhanced Original by Esther Mikaelson. Esther manipulated the spirit of Alaric when he was on the Other Side. This result in him developing an alter ego called ‘Dark Alaric’ that would hate the vampires and would eradicate them at all costs. So Esther created a monster who went on to kill numerous people. She also linked his life’s force with Elena. So when Rebekah caused the accident of Elena, resulting in her death, Alaric also died with her.

The next time he returned, he was an Original Vampire without his evil ego. But while trying to save Damon, he got pulled into the magic purification zone. The magic that transformed him into an Enhanced Original was stripped away and he was revived by Jo Parker, he returned as a normal human. Alaric Saltzman is also the only character who has appeared in all three shows, The Vampire Diaries, The Originals, and the Legacies.

On Originals, we were introduced to a new Mikaelson sibling, the eldest sibling, Freya Mikaelson. She appeared to help the family against Dahlia who was hell bent on capturing Hope as her promised payment. At first, she had an antagonistic relationship with Klaus Mikaelson, but it got better as the show went on.

The Vampire Diaries ‘A-Z’ Quiz That Not Everyone Can Complete

Think you are a crazy passionate fan of Vampire Diaries? Think you know everything about all the characters, story-lines, and events that took place over the course of 8 seasons then take this quiz. 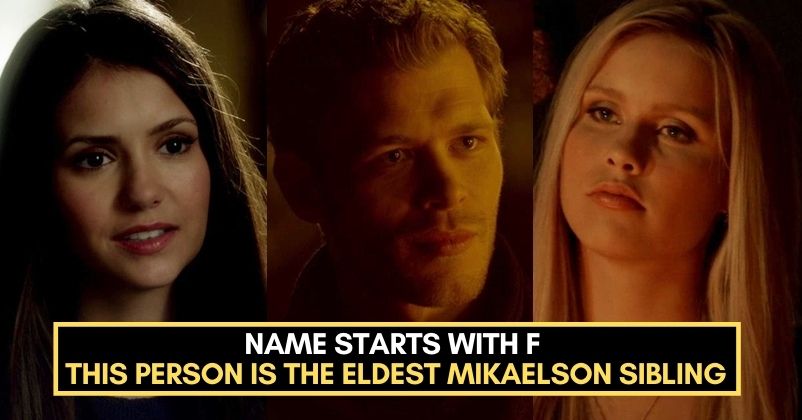