Welcome back to Humor Nation. The Vampire Diaries introduced us to the universe of the vampires, werewolves, and other sorts of supernatural beings. TVD Universe is where The Originals and Legacies, the spin-off shows of TVD takes place too. Over the course of eight seasons, TVD introduced us to various vampires, some were extremely powerful, some were super smart, and some just didn’t survive. The show focused on the complicated relationship between the Salvatore brothers as they struggle for their shared love for the same woman, first it was Katherine and then it became Elena. They all reside in the mysterious town named Mystic Falls which is the hotspot for all the supernatural activities and creatures. The gang always find themselves fighting some sort of enemy with the help of their allies.

Which Supporting Character From ‘The Originals’ Are You?

TVD first introduced us the Original vampires, the Mikaelson siblings who arrive in the Mystic Falls. Perhaps the strongest vampire in TVD was Klaus Mikaelson. The Original Vampire who became the first Hybrid in the second season of TVD. He is a ruthless vampire who also has the abilities of the werewolf. He is pretty clever and extremely paranoid, his insecurities stem from his deep rooted daddy issues. Klaus is virtually unkillable except the white oak stake, the only thing that can kill him.

Another powerful vampire was the Enhanced Original Vampire, Alaric Saltzman. Alaric was turned into the Mikael 2.0 by Esther in order to end all her children. He was stronger and faster than Mikael. Esther linked the life of Alaric with Elena’s so when Rebekah caused Elena’s accident, Alaric also dies with the death of Elena by drowning.

So Take This Vampire Diaries Quiz And Answer Who Turned Who?

Check Your TVD Knowledge And Answer The Name Of The Vampire! 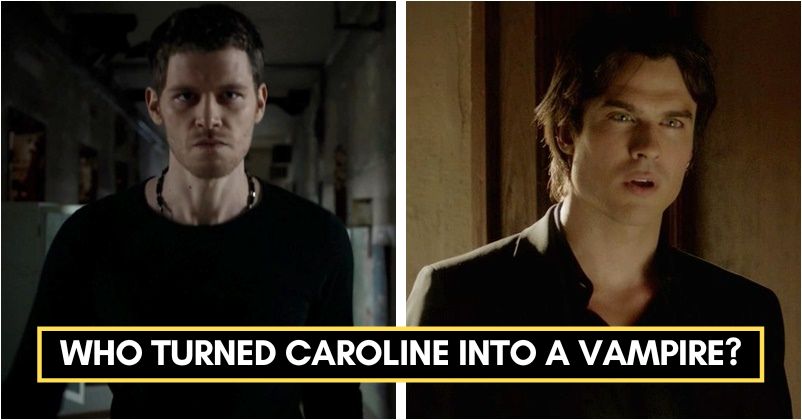