Welcome back to Humor Nation. It took them a while to share the screen, but both of these characters heard about each other from a Petrova. Klaus heard from Katherine about Caroline who is responsible for turning Caroline into a vampire. Her plan was to present Caroline to Klaus who then could use her in the ritual which requires a vampire to be sacrificed, however Caroline along with Tyler were saved by Damon. Throughout the Season 2, these two had no on screen interaction at all.

They first saw each other in Season 3 Episode Reckoning when Klaus fed Tyler the blood of Elena as Tyler had to complete the transition into a hybrid. Later on, after becoming a hybrid, he became sired to Klaus who asked her to bite Caroline. Despite his intention was not to harm, but the sirebond caused him to bite Caroline. Being a vampire, she was vulnerable to the bite which started killing her. Klaus would visit her house and offer her a choice to keep living. After learning that it was Caroline’s birthday, he saved her by offering her his blood and left her with a gift.

This was the first moment of their bonding. Later on, during the event of the Mikaelson Ball, Klaus invited Caroline to the ball. She turned it down, but after seeing her love interest Matt being invited over by Rebekah, she decides to go. She ends up wearing the dress that Klaus gave it to her. The two would dance together and then bond over the paintings of Klaus which Caroline found beautiful. Despite her friends, the Mystic Falls Gang, being at odds with Klaus, Caroline harbored a soft corner for the Original Hybrid.

Since their love making in Season 5. Klaus and Caroline won’t see each for a long time even though they would exchange letters and had a few voice calls. But they would reunite in Season 5 of the Originals when Caroline visits him in France after learning from Rebekah that Klaus has gone down the violent spree again. She tries persuading him to return back to the light for Hope. Ultimately, he takes her advice and makes up his mind, but learns that Hayley has been missing. Him and Caroline then arrive in New Orleans.

So Take This TVD Quiz And Find Out Whether It Was Steroline Or Klaroline?

Klaroline and Steroline has been two amazing ships in TVD. Both have a separate fanbase. Think you are a true fan? Take this quiz to test your knowledge of these two ships! 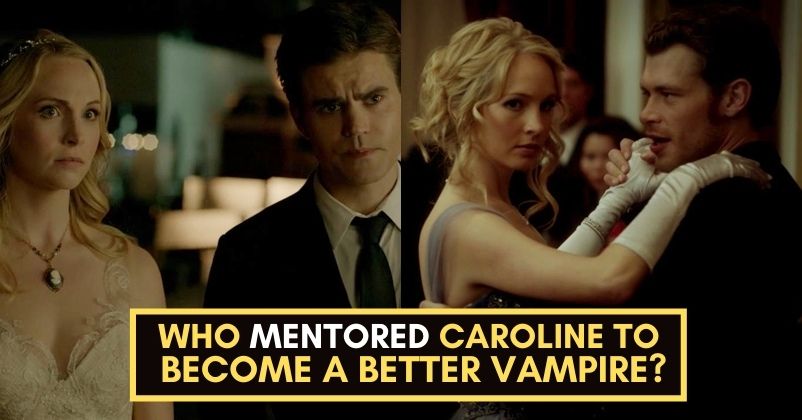