Welcome back to Humor Nation. At the core, Vampire Diaries is a tale of love. There have been numerous love stories and romances in the show, but none as popular as the love triangle. While the relationship between Elena Gilbert and the Salvatores became the driving force of the show. The brothers sacrificed plenty of her, put their lives on the line, went out of their way for her happiness. But Elena’s love proved to be too much for them. It was her who became the root cause of all their troubles and woes. The brothers got attached emotionally to the extent that they forgot everything else. They let go of themselves, their personalities were changed for better or worse. Throughout the show, there have been numerous iconic quotes and famous lines which became quite a hit with the fans. Do let us know your favorite quote or line?

Perhaps the biggest problem Elena caused was to create a rift between the bond of the brothers. Even though the brothers weren’t on a great term all thanks to Katherine, they were already quite far and distant. But the arrival of Elena only made things worse. Both of them prioritized her and directly/indirectly competed for her attention. Elena could have made things easy, but her lack of decisiveness only complicated things. Her confused feelings and emotions played with the hearts of the Salvatores.

While if Elena had chosen a brother early and decided to stay with that decision, it would have made things quite easy. While being with Stefan, she couldn’t help get drawn to Stefan, but she stopped herself because she wanted to be with Stefan too. She was riding two boats at the same time. Even if she had decided to choose both, it would have also made things easier, avoided the heartbreaks and saved innocent lives.

While it was a part of the storylines that made her go back and forth, choosing between the brothers, but it did affect the brothers emotionally. Both of them got devastated of losing her and not being picked. They found it hard to move on from her. This is the reason why many fans accuse the character of Elena Gilbert of being self absorbed because she cared about herself more. But what do you guys think? Did she make the right decision?

So Take This TVD Quiz and Find Out Which Character’s First And Last Line Is It?

TVD QUIZ: Which Character’s First And Last Line Is It? 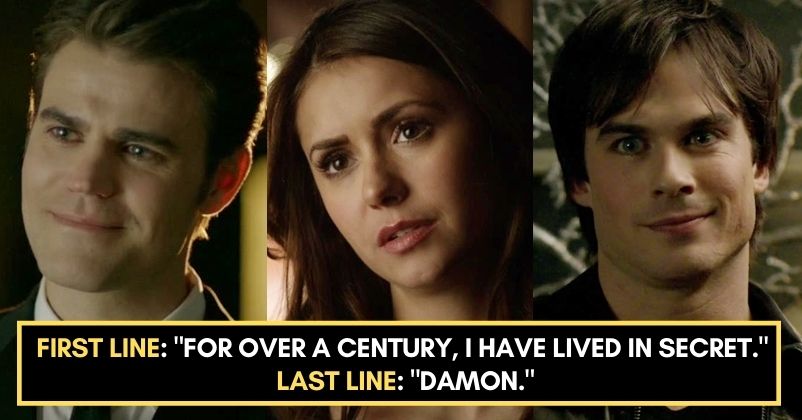