Humor Nation Make The World Smile
Home TV Which Show Is It: Vampire Diaries Vs Originals Vs Legacies

Welcome back to Humor Nation. Vampire Diaries, Originals, and Legacies, all are set in the same universe. All three shows are connected, but their timelines could be confusing at times. The story started with Vampire Diaries where a vampire becomes fascinated with a young girl who resembles to the woman he once loved deeply. The girl soon finds herself surrounded by Supernatural beings and life is anything, but normal. The Vampire Diaries for the most revolved around the love triangle, but it got stale after a while. The Vampire Diaries introduced us to the Mikaelson Family, their origin and heritage is refreshing, and it gave birth to a whole new spin-off.

Legacies is similar to both Vampire Diaries and The Originals. The main protagonist of the Legacies is Hope Mikaelson who is an orphaned, but the most powerful being in the TVD Universe is somewhat similar to Elena Gilbert from the Vampire Diaries. She is the daughter of Klaus Mikaelson and Hayley Marshall who met in TVD and their union conceived Hope in Originals. The Originals revolved around Vampires, Werewolves, and Witches whereas Vampire Diaries introduced a plethora of creatures such as doppelgangers, hybrids, travelers, sirens, and a lot more. Legacies did feature creatures such as Vampires, hybrids, and witches, but they also introduced several new ones such as a Phoenix, unicorn, and a lot more.

Interesting Facts About The Vampire Diaries And The Originals

Interestingly, the story of both Vampire Diaries and Legacies take place in the town of Mystic Falls. The town is like a magnet to all kinds of Supernatural beings. The characters of Legacies study at a Supernatural School which is started by Caroline Forbes, wife of Stefan Salvatore, the main protagonist of the Vampire Diaries. Caroline would eventually make an appearance in the final episode of the Legacies.

So Take The Quiz And Find Out Which Show Is It: Vampire Diaries Vs Originals Vs Legacies

Which Show Is It: Vampire Diaries Vs Originals Vs Legacies

Think you are a true fan of TVD Universe. Think you know everything about Vampire Diaries, Originals, and Legacies? Take this quiz to test your knowledge. 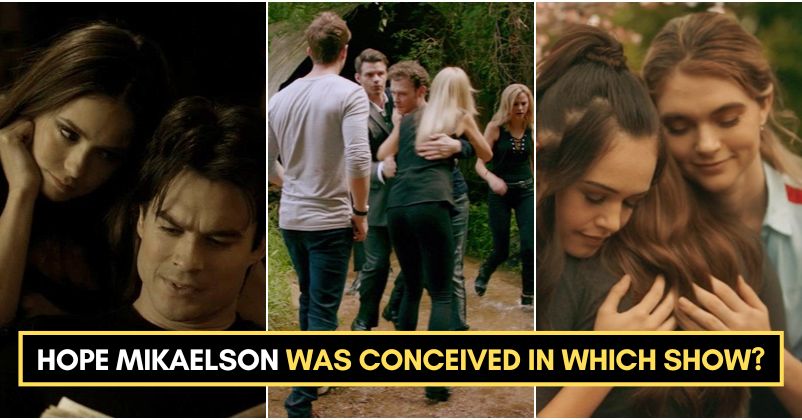