Humor Nation Make The World Smile
Home TV Who Said It: A Supernatural Character Or A TVD Character?

Welcome to Humor Nation. Even though it is a well known fact that the Winchesters from Supernatural are skilled hunters and have taken down the big baddies in their universe. They have fought and defeated the archangels, demons, vampires, werewolves, ghosts, and other Supernatural creatures. But what if they were to go up against the Vampires in TVD? One would say the Winchesters could easily defeat the Supernatural creatures of TVD, but hold on! It’s a different universe and these Mystic Falls Vampires aren’t your usual vampires. They are dangerous and powerful.

Can You Recognize These TVD Characters By Just One Body Part?

It’s a no-brainer that if the Winchesters squared off against the ripper Stefan then they would have to fight for their life. But if they are against the kind Stefan who refused to feed on humans and survived on the animal blood then it’s a whole different story. Stefan still has his humanity which prevents him from killing people as long as they harm his loved ones. Maybe Stefan and the Winchesters will end up becoming allies.

Now speaking of characters that the Winchesters can never defeat. The first name that comes to mind is Katherine. She is the queen of survival, she knows her way around all kinds of dangerous enemies and threats. Sam and Dean could never catch her because of her sharp wits. Katherine has outsmarted the Originals so it wouldn’t be hard for her to trick the Winchesters. Another name that comes to mind is Klaus Mikaelson. The only thing that could kill the Originals is something they were already in possession of. Klaus Mikaelson is unlike any being the Winchesters ever faced. He is bloodthirsty and unmerciful. When you go up against one Mikaelson, you are going up against all the Mikaelsons.

So Take This Quiz And Answer Who Said It: A Supernatural Character Or A TVD Character?

Who Said It: A Supernatural Character Or A TVD Character?

What would happen if the Winchesters were to go up against the Salvatores from the Vampire Diaries? Sadly, we never got to see a crossover between the two CW Shows. But if you're a fan of both these shows then today you have the chance to put your knowledge of these shows to test. 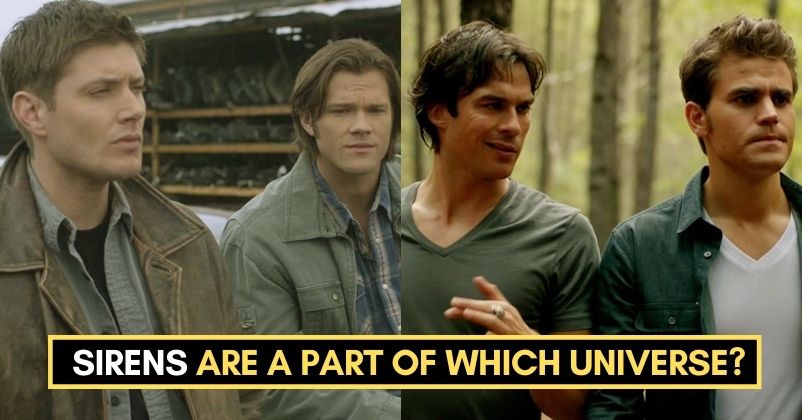