Humor Nation Make The World Smile
Home TV Who Was It: Klaus Mikaelson Or Damon Salvatore?

Welcome back to Humor Nation. Damon Salvatore and Klaus Mikaelson first interacted in Season 2. Klaus had arrived in the Mystic Falls to break the hybrid curse that was placed upon him by his mother Esther. In order to lift up the Hybrid Curse, he required to sacrifice the Petrova Doppelganger who is a human. The only Petrova human doppelganger who was alive was Elena Gilbert. And since the ritual would require the death of Elena, it placed both Klaus and Damon opposite to one one other. Damon wanted to protect Elena at all costs and Klaus wanted to kill her to free his werewolf side. They tried killing each other at numerous occasions, but both failed. Even though Klaus is an Original Vampire and Damon is an ordinary vampire who comes from the sireline of Klaus.

By Season 4, they ended their enmity and joined forces for a common goal, to deal with Connor, the vampire hunter. They teamed up in order to find the cure which multiple groups were after in Season 4. An interesting fact is that Klaus has healed Damon two different occasions, first it was in the Season 2 finale and then it was in the Season 4 finale.

Despite being different, both of them share numerous similarities. Both of them were involved with the Petrovas. Damon fell in love with Katherine and Elena whereas Klaus was in love with Tatia, but she chose Elijah over him. After they were on the cordial terms, Klaus was called to the Mystic Falls by Damon in Season 5. He called him to witness the impending doom of Katherine as she was dying due to being human. Klaus came to made her suffering worse.

While both Damon and Klaus share numerous similarities such as both are quite wild and unpredictable. Both have their emotions repressed and doesn’t let anyone or anything get to them. Both of them could be excellent strategists and skilled in combat. Neither one of them backs up from a fight, they would often get into someone’s face to make their point. They both are quite stubborn and ridiculously determined. And it was the love of a person that changed them. While it was Elena and Bonnie in case of Damon whereas Cami, Caroline, and Hope are credited with changing Klaus.

So Take This Quiz And Find Out Who Was It: Klaus Mikaelson Or Damon Salvatore?

Who Was It: Klaus Mikaelson Or Damon Salvatore?

Damon Salvatore and Klaus Mikaelson are two very important and significant characters in the TVD Universe. Take this quiz to test your knowledge related to them. 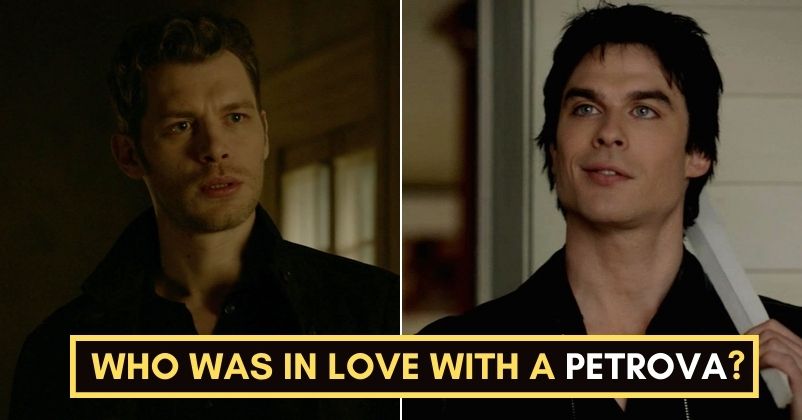