Humor Nation Make The World Smile
Home TV Can You Guess The Age Of These TVD & Originals Characters?

Welcome back to Humor Nation. TVD debuted in the year 2009 and people thought it to be some cheesy vampire and werewolf drama show, but it turned out to be an amazing show with a different plot and people really loved this show and it became a hit. Every episode of The Vampire Diaries will keep you engaged and there are two spin-offs of this show. But there are still some storylines that are yet not resolved properly, so let’s put a light on them.

Many changes take place during the running of a show and so many unexpected twists and turns were planned during the many seasons of The Vampire Diaries. But those twists never made it to the screen and were canceled and you should thank the makers for that otherwise it could’ve hurt the show. At the end of eight season, we saw Stefan die in hellfire and that moment broke us all. But initially, it was planned that both the Salvatore brothers will die by the end of the show. Thank God that it didn’t happen.

Another interesting thing that didn’t happen was ending the character of Klaus Mikaelson. The character of Klaus was supposed to be of the short span as he was pure evil. But viewers actually loved his character even though he was a villain so after considering all the factors he was kept in the show for a much longer time than expected. It was the impact of Klaus and the rest of the Mikaelsons which led to the inception of The Originals show.

It was very much known that the older the vampires are, the powerful they are. But how do they still be so young even after thousands of years? This storyline has yet not been resolved. So the age doesn’t matter? Speaking of ages, today our quiz will focus on the ages of the various TVD and The Originals characters.

So Take This Quiz And Find Out If You Can Guess The Age Of These TVD & Originals Characters?

Can You Guess The Age Of These TVD & Originals Characters?

Think you remember every TVD & TO detail perfectly? Take this quiz and guess the correct age of your beloved TVD & TO Characters. 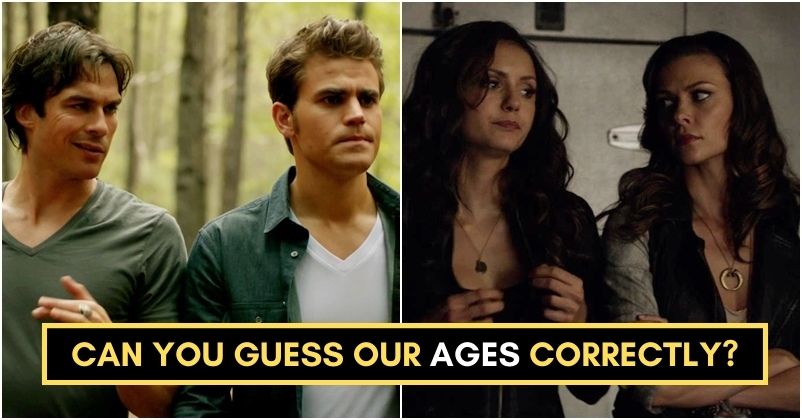