Welcome back to Humor Nation. Netflix is soon going to air the second part of 5th Season of the hit Lucifer. There are numerous difference between the Lucifer show and the comic book series on which the show is based. In the TV series, when Lucifer grows tired of ruling hell, he gives up the throne and leaves to spend time on earth. But it turns out that he committed a big mistake, hell falls apart in his absence. The almighty God had to beg his once-beloved Child to return to hell. But in the comics, turns out Hell was pretty fine after his departure. It’s because God had a contingency plan ready in case Lucifer ever decides to retire.

How Well Do You Know Ella Lopez From Lucifer?

While in the comics, the storyline focused on Lucifer embarking on a journey to save all the creation. He interacted with different dimensions and many worlds. But the television version saw the devil solving crimes along with a beautiful detective. When Lucifer decides to leave hell, he has to face the wrath of heaven in the form of Amenadiel. An angel who is driven by his hatred for Lucifer and loyalty for god. In the comics, he is a supporting antagonist, he is outsmarted by Lucifer and dies. But in the show, his character undergoes a transformation where he starts questioning God’s plans. Amenadiel soon starts believing in the free will and appreciates humans. He engages in a relationship with Doctor Linda Martin, together they have a kid named Charlie.

Lucifer is not known for having too many friends, but his most well-known ally is Maze. She has been with Lucifer right from the beginning and knows the devil a lot better than any other soul. She has always been loyal to Lucifer in the comics. While her show counterpart has betrayed Lucifer at a few occasions. Similar to Lucifer, Maze’s character also undergoes development.

So Take This Quiz And Guess The Lucifer Ship Using The Emojis!

P.s if these ships don't exist well they do now! Some of the wrong answers also are ships that don't really exist to throw people off. 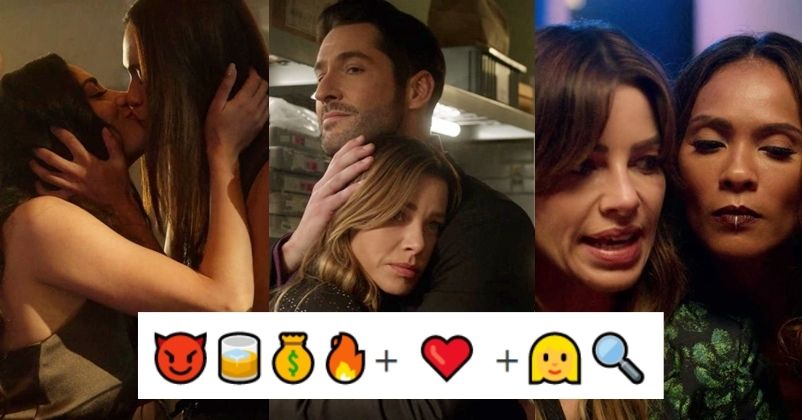