Welcome back to Humor Nation. TVD is one of the most popular Supernatural TV shows of all time. The show ran for 8 seasons and it consisted of 171 episodes. It was so successful that it spawned two spin-offs because the fans can’t get enough of this Vampire Universe. The fans love the show very much that they still keep re-watching the show to relive their favorite moments. The show has all the ingredients of a successful show, heart-touching scenes, surprising plot twists, emotional deaths of characters, and breathtaking action scenes, beautiful romance. It just had it all. There are so many great episodes that it’s hard to pick which episode is the best.

Perhaps the best rated episode according to IMDB is the ‘The Departed’ of the Season 3. This was the finale of season 3. We see a weakened Klaus Mikaelson and the newly turned Original Vampire Alaric is on the hunt for Klaus. It even looked like that our beloved Stefan, Damon and Caroline might die. But it was Elena who dies after being driven off the road by Rebekah and this resulted in Alaric’s death too due to the spell. But in the last moments of the episode it was revealed that Elena died with Vampire’s blood in her system. This resulted in her turning into a vampire.

8 Seasons, 171 Episodes, countless moments and memories. This TVD quiz will check how well do you remember the episodes from TVD. 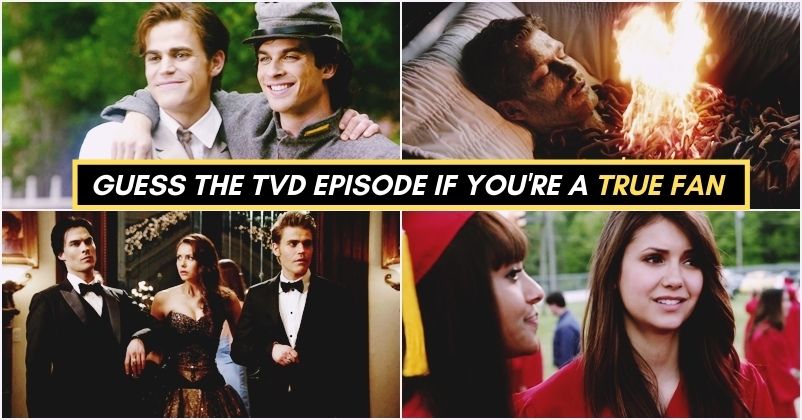 Also, we would like to know what’s your favorite TVD episode and why so? Share your answer in the comments.