Welcome back to Humor Nation. Riverdale is a home to numerous families. Most of all these families are far from normal, they are dysfunctional, and this abnormality could be easily reflected in the behavior of the characters. Their unresolved issues and lack of normal healthy relationships with their parents affect them. With an exception of only a few families, many are full of serial killers, crime lords, drug dealers, and worse. Jughead was born to FP Jones and Gladys, born and raised in Riverdale. He has a younger sister named Jellybean and he is best friends with Betty Cooper and Archie Andrews. His father FP used to work with Fred Andrews, but his drinking problem caused him to lose the job. This also resulted in Gladys moving out with Jellybean and they began living in Toledo.

Can You Recognize These Riverdale Characters By Just One Body Part?

His father FP Jones is also the former leader of the Southside Serpents, a group that accepted him as their own when he was 16 years old. FP also enlisted in the army, but after returning to Riverdale, he rejoined the Serpents. He co-founded the Andrews Construction with Fred, together they were doing for a while, but after FP started his family of his own and had kids, he would get involved in criminal activities to earn more money. This resulted in him getting arrested and Fred ultimately had to make him resign because he was becoming a liability.

FP would later go on overcome his drinking problem and get his life back on the track. He was also appointed as the Sheriff of the town by Hermione Lodge. It was during this time that he rekindled his relationship with Alice Smith and they started living together. When FP found about Jellybean being the Auteur, he decided to take her back to her mother in Toledo and stay together with Gladys to solve Jellybean’s issues.

So Take This Quiz And Find Out How Well Do You Know The Jones Family From Riverdale?

Jughead was born to FP Jones and Gladys, born and raised in Riverdale. He has a younger sister named Jellybean and he is best friends with Betty Cooper and Archie Andrews. Take this quiz to test your knowledge of Jones Family. 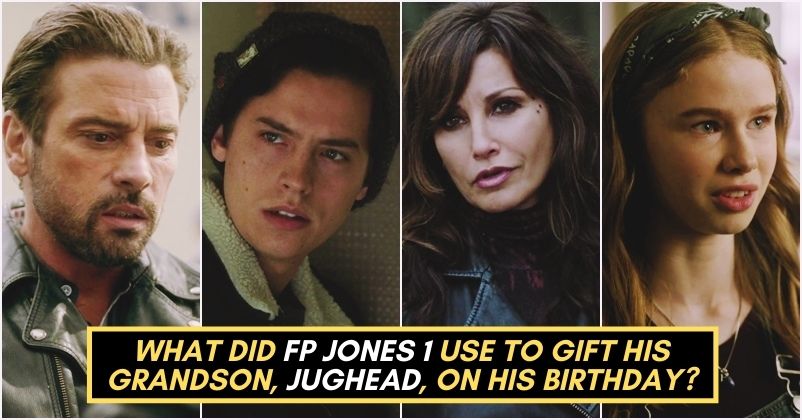